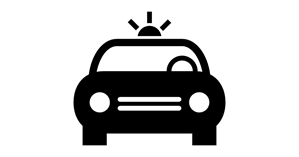 A local court in the city of Tongcheng, Anhui Province has sentenced four people to at least 10 years in jail for human trafficking.  They were accused of selling four Vietnamese women for up to 80,000 yuan ($12,092).  The Tongcheng Public Security Bureau, in cooperation with police in Yunnan Province and Guangxi Zhuang Autonomous Region, busted a gang trafficking in Vietnamese women. The gang had been active along the border of China and Vietnam for many years. Twelve Chinese suspects were arrested on October 24 in 2016, news site anhuinews.com reported on Wednesday.  The police investigation showed that the gangsters cooperated with Vietnamese people to threaten and kidnap Vietnamese women who believed they were being recruited for jobs or for traveling.  A total of 29 Chinese and Vietnamese suspects arrested and 24 Vietnamese women rescued.  The Tongcheng People's Court sentenced nine Chinese people to prison, four of whom were given terms of at least 10 years. Police said that the women were sold to local Chinese men as wives at a cost of between 50,000 yuan and 80,000 yuan.  Vietnam's mail-order bride business is booming, fueled by surging demand from Chinese men who have given up hope of finding a Chinese wife and are lured by the prospect of a bargain bride bought in a group purchase. China and Vietnam have strengthened cooperation in combating cross-border crimes. They have cracked more than 100 transnational human trafficking cases since 2010, rescuing over 1,000 women and children, the Xinhua News Agency reported in November.