UNITED NATIONS, May 6 (Xinhua) -- With 20 million Yemenis in need of assistance in the face of conflict and COVID-19, "the humanitarian situation is falling off a cliff," UN humanitarians said on Thursday. 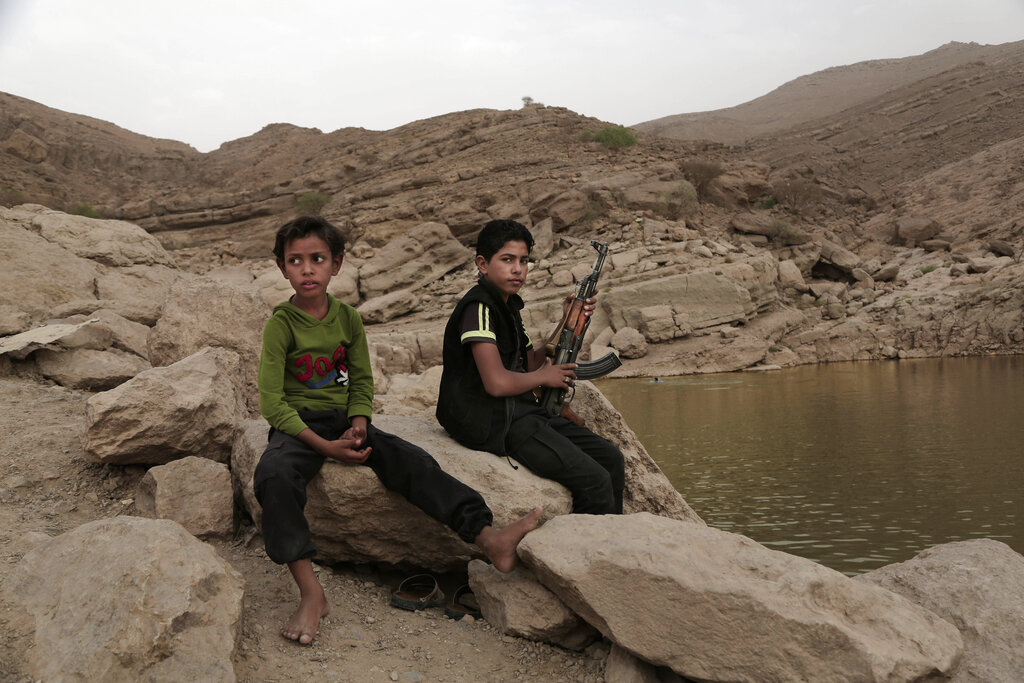 Of those, more than 16 million people are going hungry this year, tens of thousands of people are already living in famine-like conditions, and 5 million more are just one step away, the UN Office for the Coordination of Humanitarian Affairs (OCHA) said. Add to that are surging COVID-19 infections, with hospitals and health facilities reportedly turning away patients due to lacking treatment resources.

Conflict has been escalating, particularly in Marib, where an offensive by Houthi forces has so far displaced nearly 20,000 people and threatens the safety of millions.

Further complicating the situation, the rain season is underway, with more than 22,000 people affected by floods. Most of those victims are displaced people living in inadequate shelters.

Aid agencies are seeking 3.85 billion U.S. dollars to block a massive famine, respond to the COVID-19 surge and meet other critical needs this year, OCHA said. However, the response plan is only 34 percent funded.

The aid operation in Yemen previously was able to help nearly 14 million people a month. Now it's down to about 10 million people a month, mainly because of funding cuts, the humanitarians said. Last year, aid agencies received only half of the funds needed, forcing them to cut back aid and shut down programs.