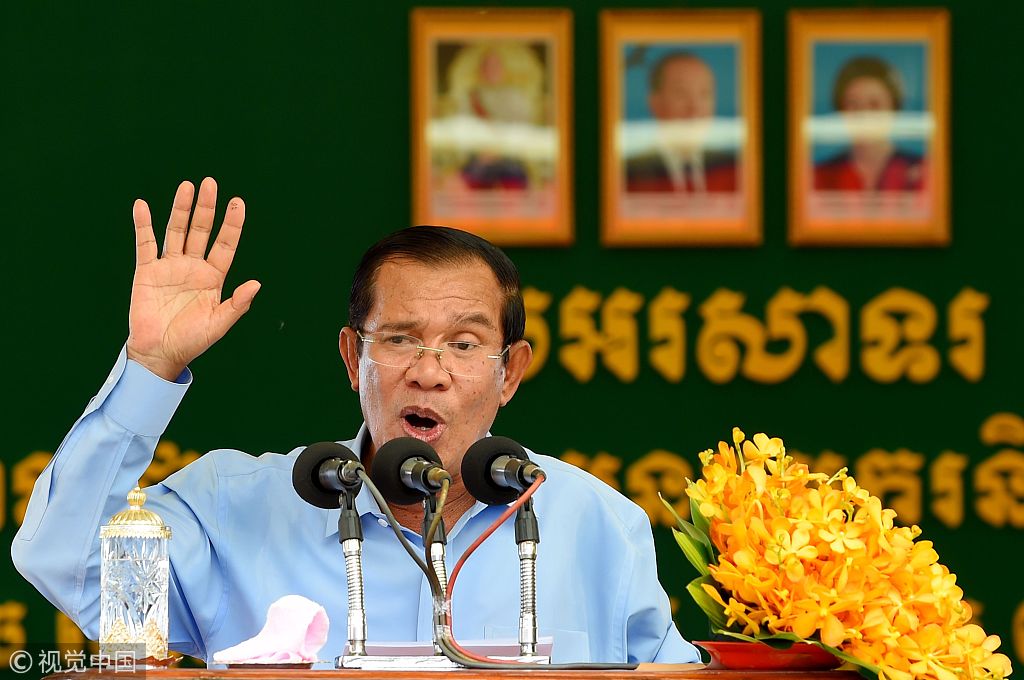 All 125 CPP lawmakers unanimously voted for him as prime minister, the position that he has held since 1985.

According to an official schedule, the 67-year-old prime minister and his cabinet members will be sworn in on Thursday afternoon at the Royal Palace under the auspices of the nation's King Norodom Sihamoni.

Addressing the assembly after the vote, Hun Sen said it was another historic event for Cambodia and expressed his profound gratitude to all lawmakers for casting a vote of confidence to him and his cabinet members.

He vowed to continue maintaining the country's hard-earned peace and stability and to further develop economy and reduce poverty.

"The new government will work harder to accelerate socio-economic development in all fields and to promote the implementation of deep and broad reforms," he said.

He added that the government would give priority to governance reform so as to strengthen state institutions, to build clean administrations, and to enhance the quality of public services.

Hun Sen said the government would continue raising wages for civil servants, armed forces, and garment factory workers, and lowering the prices of water and electricity at the same time.

The PM added that the investment in human capital is also among the top priorities in the new-term government.