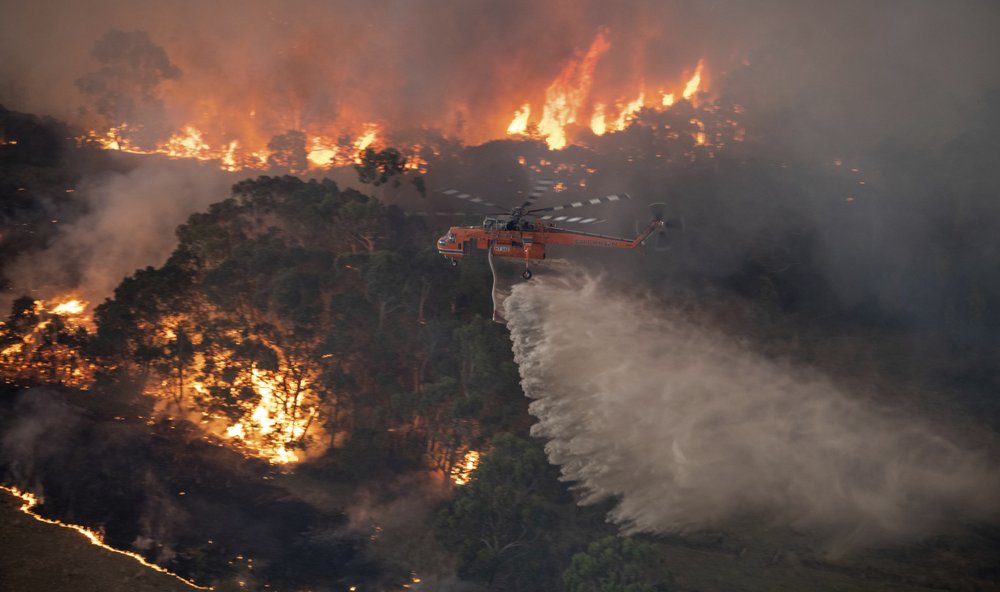 CANBERRA, Jan. 7 (Xinhua) -- Hundreds of Australians have been arrested for allegedly deliberately lighting Australian bushfires in only a matter of months.

Australia is currently enduring one of the worst bushfire crises in the nation's history, with at least 25 people having been killed since September.

The Australian reported on Tuesday that 183 people have been arrested for lighting bushfires in New South Wales (NSW), Queensland, Victoria, South Australia and Tasmania.

In NSW alone 183 people have been charged or cautioned for bushfire-related offences since November, with 24 arrested for deliberately starting bushfires. While in Victoria 43 were charged in 2019.

In Queensland, where the fires were worst in November, 101 people have been arrested for deliberately starting fires, almost 70 percent of whom were juveniles.

According to James Ogloff, the director of the Forensic Behavioural Science at Swinburne University, approximately 50 percent of Australia's bushfires are started by arsonists.

The University of Melbourne's associate professor Janet Stanley said that arsonists, or "firebugs", were typically young males aged either 12 to 24 or 60 and older.

"There is no one profile, but generally they seem to have a background of disadvantage, a traumatic upbringing and often have endured neglect and abuse as a child," she said.

Brendon Sokaluk, a former volunteer firefighter, was sentenced to 17 years and nine months in jail for starting a 2009 bushfire in Victoria that killed 10 people on Black Saturday, one of Australia's worst bushfire events.