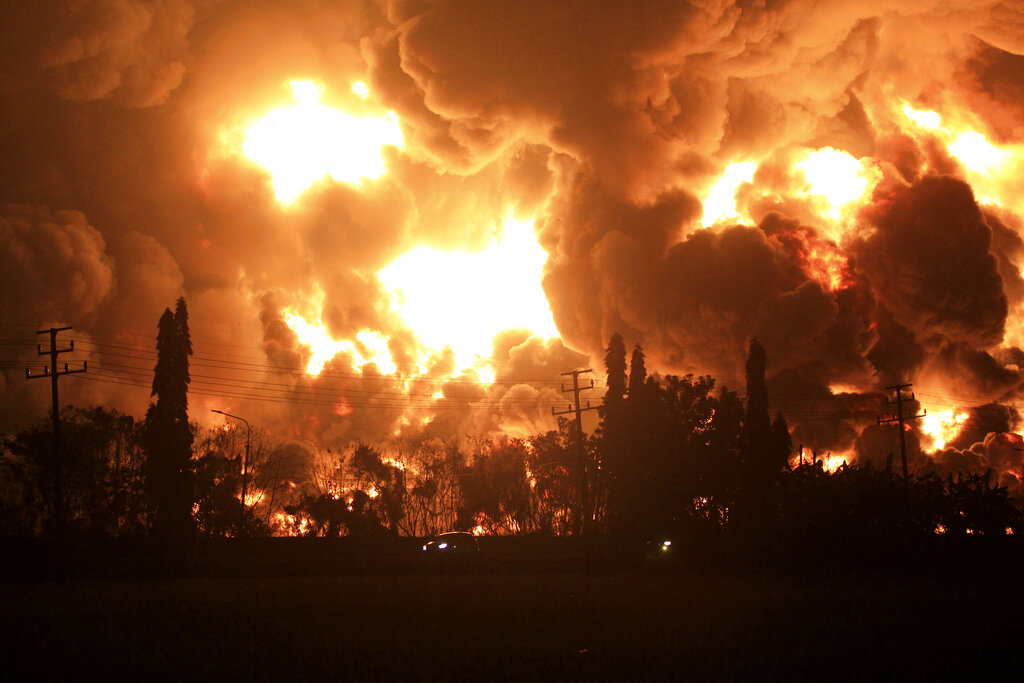 More than 900 people from a nearby village were evacuated after a massive fire broke out early Monday at the Pertamina Balongan Refinery in Indonesia’s West Java province, officials said.

About 20 people were injured, including refinery workers and several villagers who suffered burns while passing through the area, the local disaster mitigation agency said.

Nicke Widyawati, chief executive officer of state-owned oil and gas corporation Pertamina, said firefighters were still battling the blaze and attempting to cool down the area to prevent it from spreading.

The cause of the fire was still being investigated, he said at a news conference. Pertamina officials said there was lightning and heavy rain at the time the fire broke out.

Satellite images from Planet Labs Inc. analyzed by The Associated Press showed a massive plume of black smoke rising from the refinery over the nearby village. The fire appeared localized at a set of four tanks in the middle of the refinery.

The Balongan plant has a refining capacity of about 125,000 barrels of crude oil a day. It supplies fuel to Jakarta, Banten and some regions of West Java.