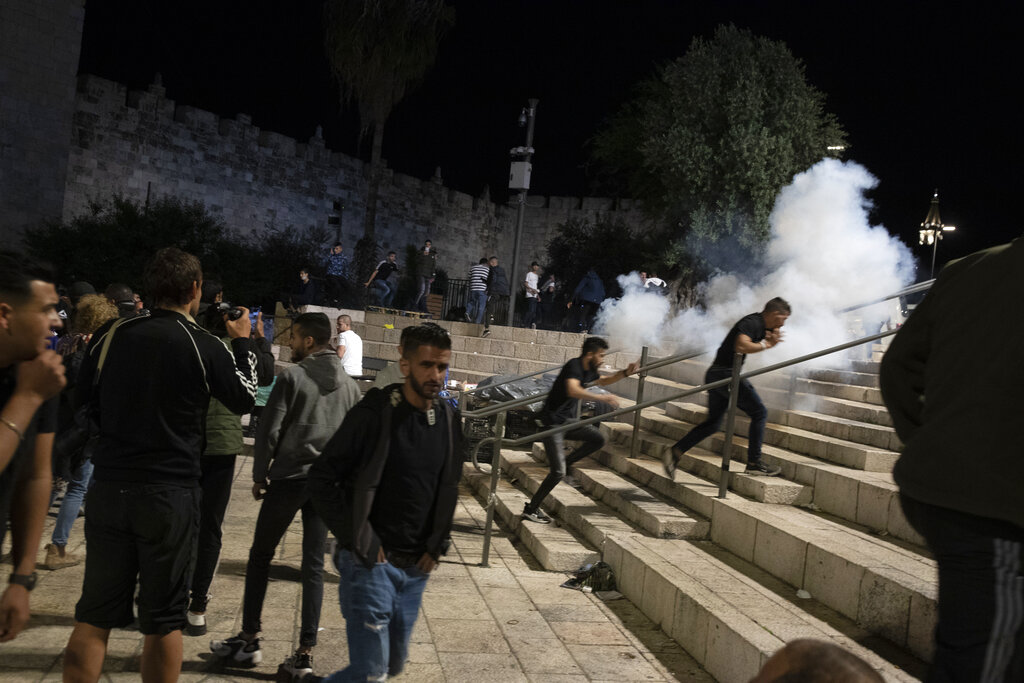 Palestinians react to stun grenades fired by Israeli police to clear the Damascus Gate to the Old City of Jerusalem after clashes at the Al-Aqsa Mosque compound, Friday, May 7, 2021. (Photo: AP)

JERUSALEM, May 8 (Xinhua) -- Hundreds of people were injured Friday when Palestinians and Israeli police clashed at Jerusalem's Al-Aqsa Mosque in the old city in East Jerusalem, local media reported.

A total of 205 Palestinians have been injured, said the Palestinian Red Crescent Society, which set up a field hospital on the site to provide the injured with medical assistance.

According to Palestinian sources, Israeli police forces stormed the yards of al-Aqsa Mosque and fired rubber bullets and teargas canisters to disperse dozens of prayers demonstrating against Israel.

Tensions between Israelis and Palestinians has mounted recently as Israel has decided to resettle forcefully Palestinian families in Sheikh Jarrah, a predominantly Palestinian neighborhood in East Jerusalem.