WORLD Hundreds of flights in Chicago canceled due to winter storm

Hundreds of flights in Chicago canceled due to winter storm 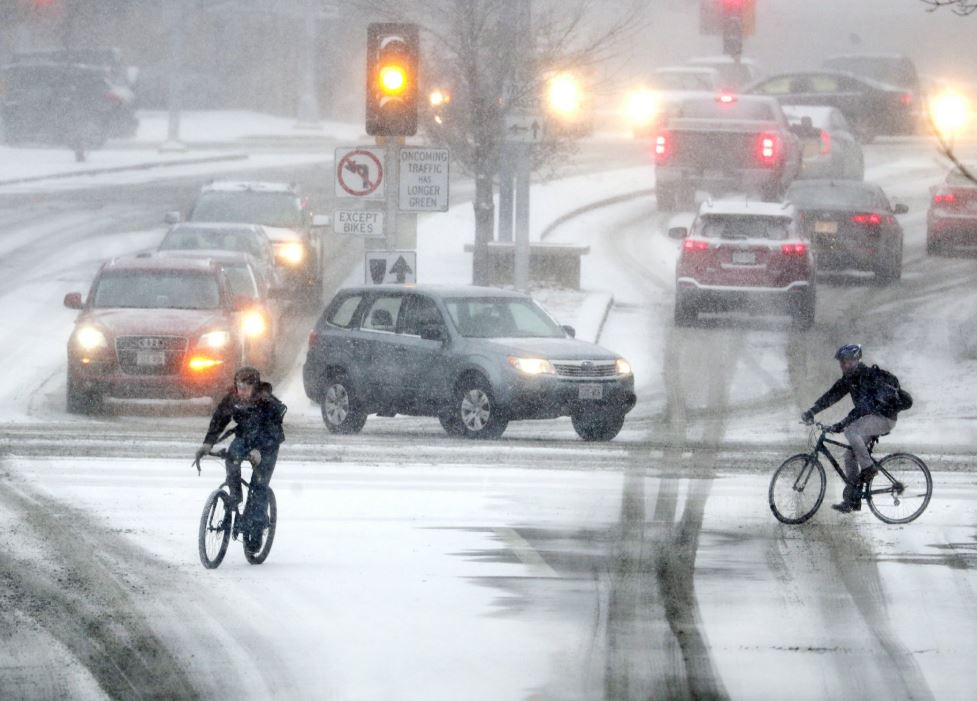 People throughout parts of the Midwest woke Saturday to a heavy and steady snowfall that forced the cancellation of hundreds of airline flights and made driving dangerous.

The snowfall is part of a wall of hazardous weather that trekked from the Dakotas and across the Great Lakes states, headed toward New England. The National Weather Service has warned that conditions in the Northeast “could approach blizzard criteria.” Some areas in the storm’s path saw ice instead of snow.

The storm was forecast to bring between up to 10 inches (25 centimeters) of snow to the Midwest before walloping the Northeast on Sunday, where it could dump up to 2 feet (0.61 meters) of snow.

Amtrak canceled some trains Saturday from Chicago to Washington and New York and between New York and Boston and Pennsylvania on Sunday.

Chicago was forecast to receive as much as 8 inches (20 centimeters) and wind gusts in the Chicago area are expected to reach 35 mph (56 kph).

In Nebraska, authorities closed Omaha’s Eppley Airfield on Friday afternoon after a Southwest Airlines plane slid off an ice-slicked runway. No one was injured.

The National Weather Service in Albany, New York, said snow could fall at a rate of 1 to 3 inches (2.5-7.5 centimeters) an hour, creating “difficult to impossible travel conditions” in areas.

The storm prompted the cancellation of a Special Olympics competition in upstate New York. Nearly 200 athletes from around New York state were expected to compete in snowshoeing, snowboarding, cross country, and Nordic and Alpine skiing at West Mountain, just outside Glens Falls.

In New York City, the worst of the storm was expected from Saturday afternoon through Sunday afternoon, with snow accumulations of 3-6 inches (7.5-15 centimeters), followed by rain that could turn to ice as temperatures drop later Sunday. Single-digit temperatures could last into Monday. Strong wind gusts beginning Sunday afternoon could bring down snow- or ice-burdened tree limbs and power lines.

Bitterly cold air was expected in the storm’s aftermath.