Hundreds of Honduran districts still flooded one week after Iota 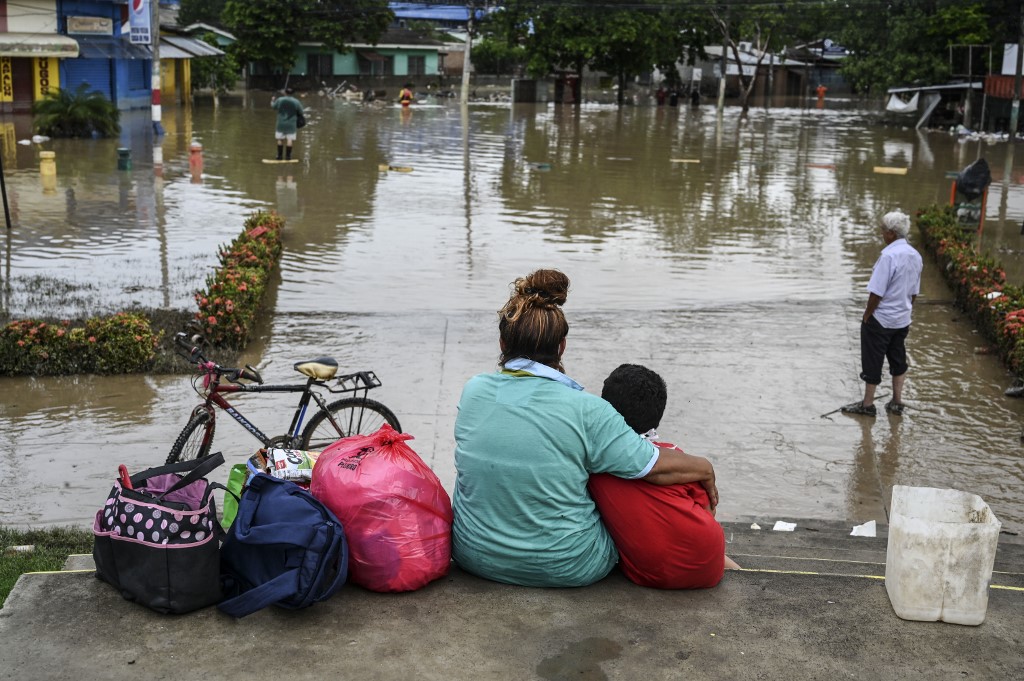 Honduran Blanca Rosa Calderon, who fled with her husband from the flooded La Guadalupe municipality with just two bikes and some clothes, remains with their son Guillermo at a square in the also flooded municipality of La Lima near San Pedro Sula in Honduras, on November 20, 2020, after the passage of Hurricane Iota. (File photo: AFP)

A total of 73,301 people are staying in 822 shelters and depend on government relief nationwide.

The hard-hit Sula Valley was flooded for the fourth time on Monday, leading to scenes of displaced families seeking shelter under bridges or in makeshift roadside tents.

The valley's Ramon Villeda Morales International Airport is still inundated and, according to civil aviation authorities, could remain shuttered until Dec. 15.

The president of the Association of Doctors of the Honduran Social Security Institute, Carlos Umana, said the positivity rate at shelters is running at 33 percent due to overcrowding.