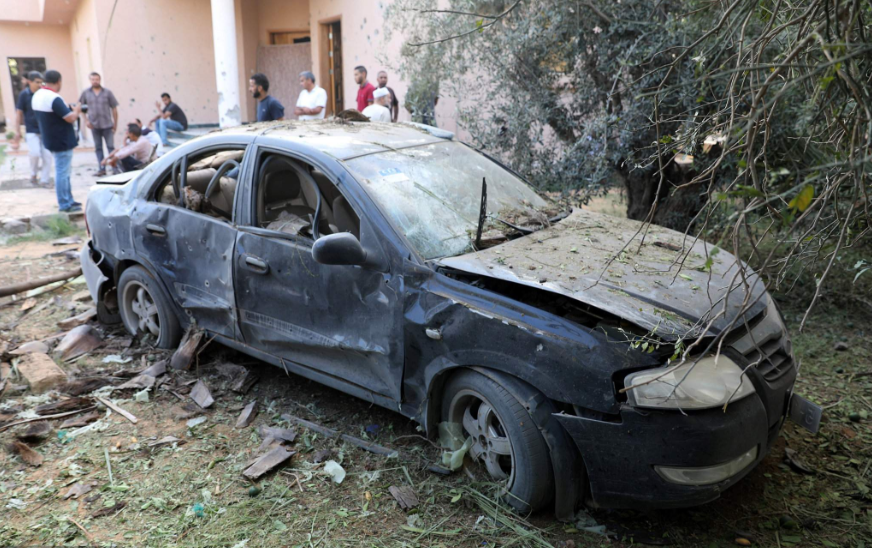 Some 400 prisoners escaped from a jail in Libya's capital Tripoli on Sunday while fighting between rival armed groups raged nearby, a judiciary official said as the United Nations (UN) called for the warring parties to meet on Tuesday.

The inmates, all male, forced open the doors of the Ain Zara prison and guards were unable to stop them, said the official, who asked not to get identified.

The prison is located in southern Tripoli, an area that has been hit for one week by heavy fighting between rival groups.

Separately on Sunday, two people were killed and several others, including two children, were injured when rockets hit a camp housing hundreds of displaced people, according to emergency services.

A rocket also hit the Waddan hotel in central Tripoli near the Italian Embassy on Saturday. Three people were injured, staff said.

Libya's Ministry of Health reports that some 47 people, including civilians, have died in rival militia clashes in Tripoli over the past week, with dozens more injured.

Fierce clashes erupted last week between the Seventh Brigade, or Kaniyat, from Tarhouna, a town 65 kilometers (40 miles) southeast of Tripoli, against the Tripoli Revolutionaries' Brigades and the Nawasi, two of the capital's largest armed groups.

The serious situation in the capital city has led Libya's UN-backed government to declare a state of emergency.

To end the fighting, the UN mission in Libya called on the "various concerned parties" to meet on Tuesday noon for an "urgent dialogue on the security situation."