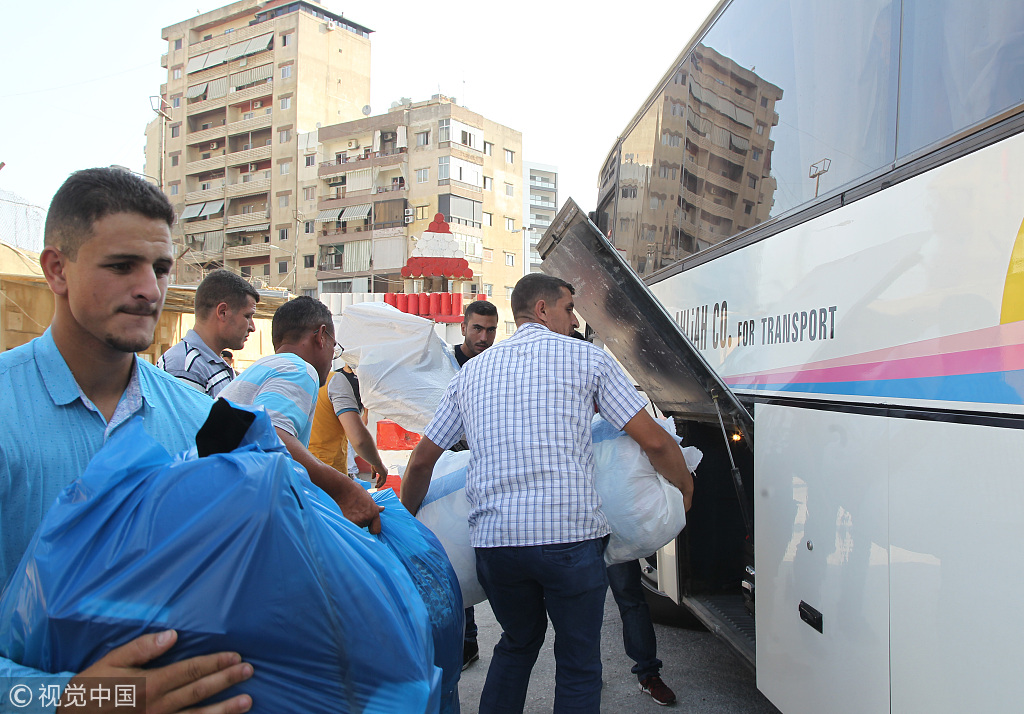 (Syrian refugees put their luggage into a bus in Beirut that will take them back home to Syria. Photo: VCG)

"Syrian families gathered on the Aboudiya crossing border whereby Lebanon's General Security took the necessary measures to secure their voluntary return to Syria," according to the National News Agency (NNA).

NNA reported that Syrian families thanked the Lebanese general security for their efforts to organize the return of refugees to their homeland.

Lebanon is hosting 976,000 registered Syrian refugees according to the UN High Commissioner for Refugees, while the government estimates the true number of Syrian refugees in the country at 1.5 million.

Lebanese caretaker Minister of Displaced Affairs Mouin Merhebi announced on Saturday that 4,100 Syrian refugees have returned to their home country from Lebanon since June.