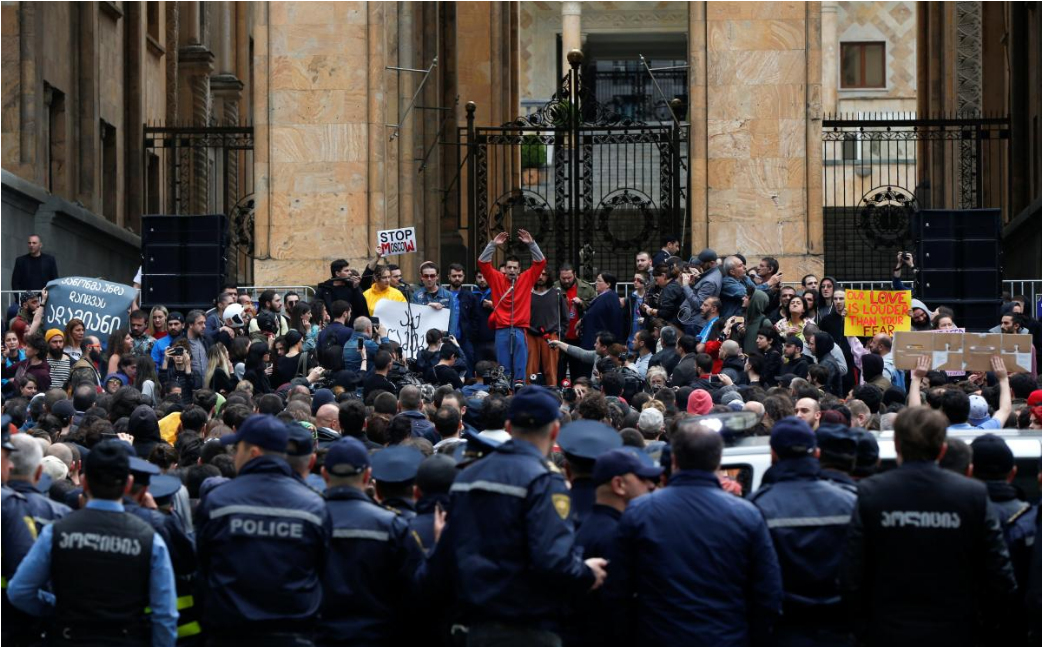 Protesters attend a rally against the Georgian authorities' anti-drug policy following the recent police raids at several local nightclubs near the building of parliament in Tbilisi, Georgia May 12, 2018. (Photo: Reuters)

Hundreds gathered in the center of Georgia’s capital Tbilisi on Saturday to protest armed police raids on two nightclubs and to demand the resignation of the prime minister and interior minister.

Police arrested eight people on Friday night in two popular clubs, Bassiani and Cafe Gallery, on suspicion of drug dealing. They briefly detained dozens of clubbers in what protesters said was a heavy handed operation.

“We should show that power is in our hands, in the hands of those who want freedom,” said Beka Tsikarishvili, a youth activist who addressed the crowd outside the parliament.

Dozens of armed police officers were deployed in the raids.

“The interior ministry has been conducting intensive investigative measures for the last three months to establish the facts of the drug trade in Bassiani and Gallery nightclubs,” Mamuka Chelidze, head of the criminal police department, told a news conference.

“It was not an operation aimed at the detention of drug-dealers. It was just demonstration of force,” said Nika Gagnidze, a 21-year-old student who was at the Bassiani club during the raid.