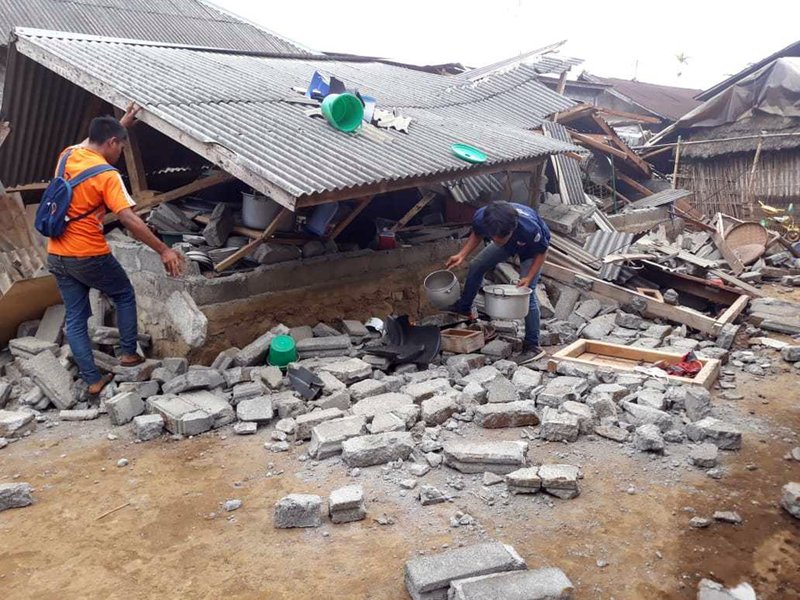 Hundreds of tourists stranded on Mount Rinjani on the Indonesian island of Lombok by an earthquake that killed 16 people and triggered landslides are making their way off the mountain, shaken by their experience but mostly unharmed, an official said Monday.

By late afternoon, more than 250 people had reached a relief post in Sembalun village and a team of rescuers has reached hundreds more near the mountain’s crater lake, a local military official, Arifianto, told Indonesian TV.

He said some suffered light injuries and were traumatized, but most were in good condition.

The magnitude 6.4 earthquake early Sunday killed 16 people, including an Indonesian student who was among the Mount Rinjani climbers. The shallow quake set off landslides on the mountain that’s carpeted in boulders and rocks, blocking usual paths out.

The National Disaster Mitigation Agency had said more than 680 people were stranded on Rinjani, an active volcano, based on figures from its entry gates where visitors are registered. Most are foreign — from 26 countries, including more than 330 from Thailand.

Arifianto, who uses one name, said rescuers will escort trekkers down the mountain. Indonesian’s elite special forces have also been deployed to speed up the evacuation.

The shallow quake damaged more than 1,400 houses and was felt on neighboring Bali island, where no damage or casualties were reported.

Indonesia’s meteorology and geophysics agency has recorded more than 270 aftershocks.

Anci, a villager from near the quake epicenter, said he and his family spent the night in a makeshift tent, worried that aftershocks could cause more buildings to collapse.

“We slept here at the roadside because our house collapsed in the quake,” he said. “There have been many aftershocks, although they are not strong so far. But we heard that quakes as strong as the one early in the morning may occur and that makes my family and I very nervous and scared.”

President Joko “Jokowi” Widodo said the government would give each family whose home was destroyed 50 million rupiah ($3,500) to rebuild.

Indonesia is prone to earthquakes due to its location on the “Ring of Fire,” an arc of volcanoes and fault lines encircling the Pacific Ocean. In December 2004, a massive magnitude 9.1 earthquake off Sumatra triggered a tsunami that killed 230,000 people in a dozen countries.