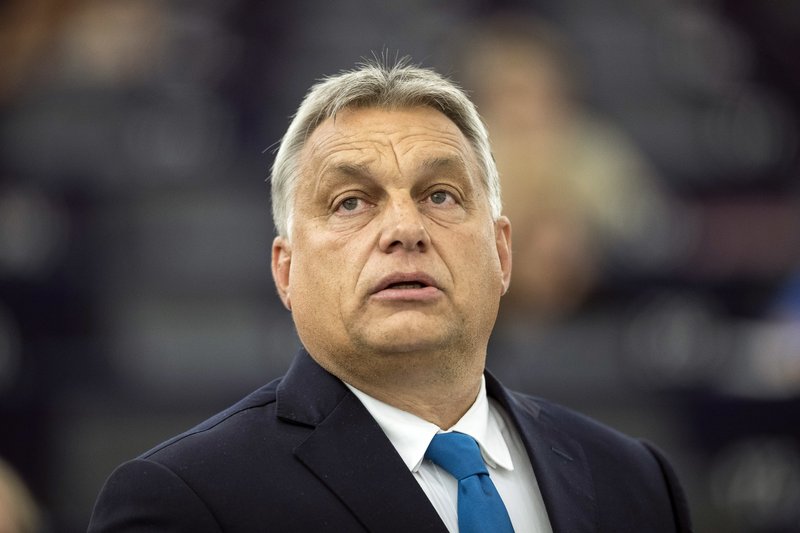 BUDAPEST, Oct. 12 (Xinhua) -- Hungarian Prime Minister Viktor Orban accused the European Union (EU) of working with full steam on programs aimed at the settlement of migrants to Europe, in an interview with the national radio MR1 here on Friday.

"In Brussels, the elaboration of programs aiming at the settlement of migrants are underway with full steam," Orban declared.

"Pro-immigration forces are yet in power in Brussels, and until the European Parliament elections in May, they want to force everything on us, because it might very well happen that anti-immigration forces will gain the majority in the continent," Orban added.

The European Commission has now published its program on what to do urgently about migrants, which, according to Orban: is a "horror collection for a Hungarian."

He noted that Brussels would take away the right of border protection from the Member States.

"The programs include a permanent settlement scheme for migrants, the opening of legal migration routes, pilot migration programs with African countries and the introduction of a humanitarian visa, involving NGOs in visa review, taking frontier protection from the Member States, and transferring it to Frontex where they are no longer talking about border protection but about border management," Orban detailed.

In September, the EU has proposed the development of its European Border and Coast Guard, but they said they would support and not replace the forces of the Member States.

Based on the above, Orban said that there would be "difficult days ahead" in next week's EU summit in Brussels.