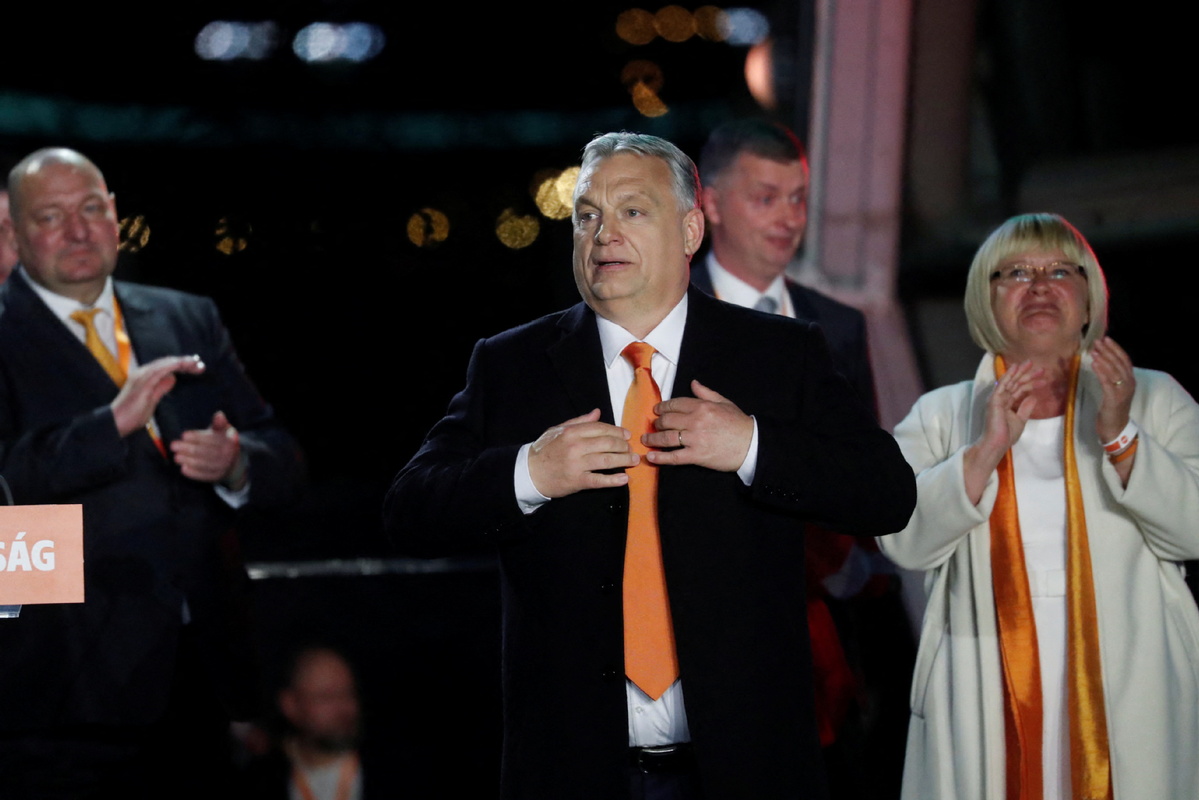 Hungarian Prime Minister Viktor Orban reacts in front of supporters after the announcement of the partial results of parliamentary election in Budapest, Hungary, April 3, 2022. (Photo: Agencies)

Orban has hailed his victory Sunday evening, saying it's a "huge victory."

"Conservative politics has won, this is not the past, this is the Europe of the future," he told the cheering crowd at an entertainment shopping and cultural center of Budapest.

"We acknowledge that Fidesz won the elections in this system. I'm not beautifying, I'm sad, disappointed," Peter Marki-Zay, leader of the opposition alliance told his supporters.

Fidesz-KDNP led with 53.49 percent of the 91.06 percent counted votes. The six-party opposition alliance came second with 34.63 percent and Mi Hazank (Our Homeland Movement) third with 6.28 percent.

Fidesz-KDNP has received 135 seats from the 199-seat parliament, gaining two-thirds majority just like in 2018, 2014, and in 2010. The opposition alliance received 56 seats and Mi Hazank received 7. One seat was won by the German ethnic minority.

The definitive official result will be issued later in the week, after the count of the votes from Hungarians living and working abroad.