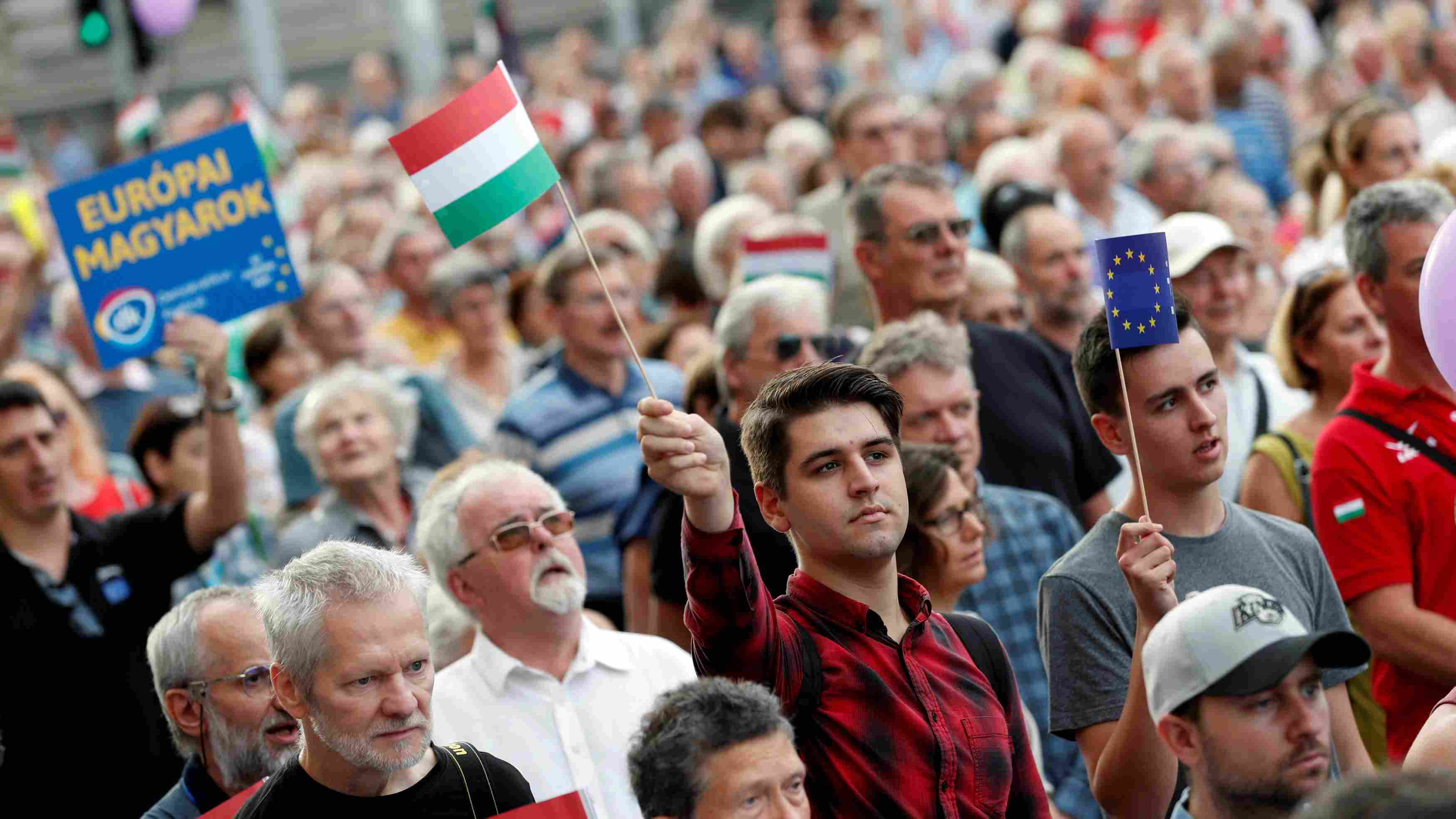 Hungarian opposition parties held a pro-European Union (EU) rally in Budapest on Sunday, days after Brussels voted to impose sanctions on the country for flouting democratic values and the rule of law.

Around 1,000 Hungarians, waving Hungarian and EU flags, gathered to protest against Prime Minister Viktor Orban, demanding that the government respect democratic rights and other EU values.

"Europe stood by us, now it is our turn," the rally's organizers said in a statement on their Facebook page.

"Orban and his Fidesz party lost in European parliament, and Hungary has won," they added.

The European Parliament voted on Wednesday to sanction Hungary for flouting EU rules on democracy, civil rights and corruption in an unprecedented step that left Orban isolated from some powerful allies.

The procedure could end with Budapest being stripped of its EU voting rights.

Orban however brushed off the threat in an interview on Friday, saying it presented "no danger".

Poland and the Czech Republic have said they would back Orban and veto any sanction against Hungary.

Budapest has also said it will seek legal ways to challenge the EU ruling. A decision on how to do so is due to be taken on Monday.

Since he came to power in 2010, Orban has used his parliamentary majority to pressure courts, media and non-government groups in ways his opponents say breach EU rules.

A figurehead for populist and nationalist figures across Europe, Orban remains dominant at home however, and he won a third consecutive term with a landslide election victory in April.