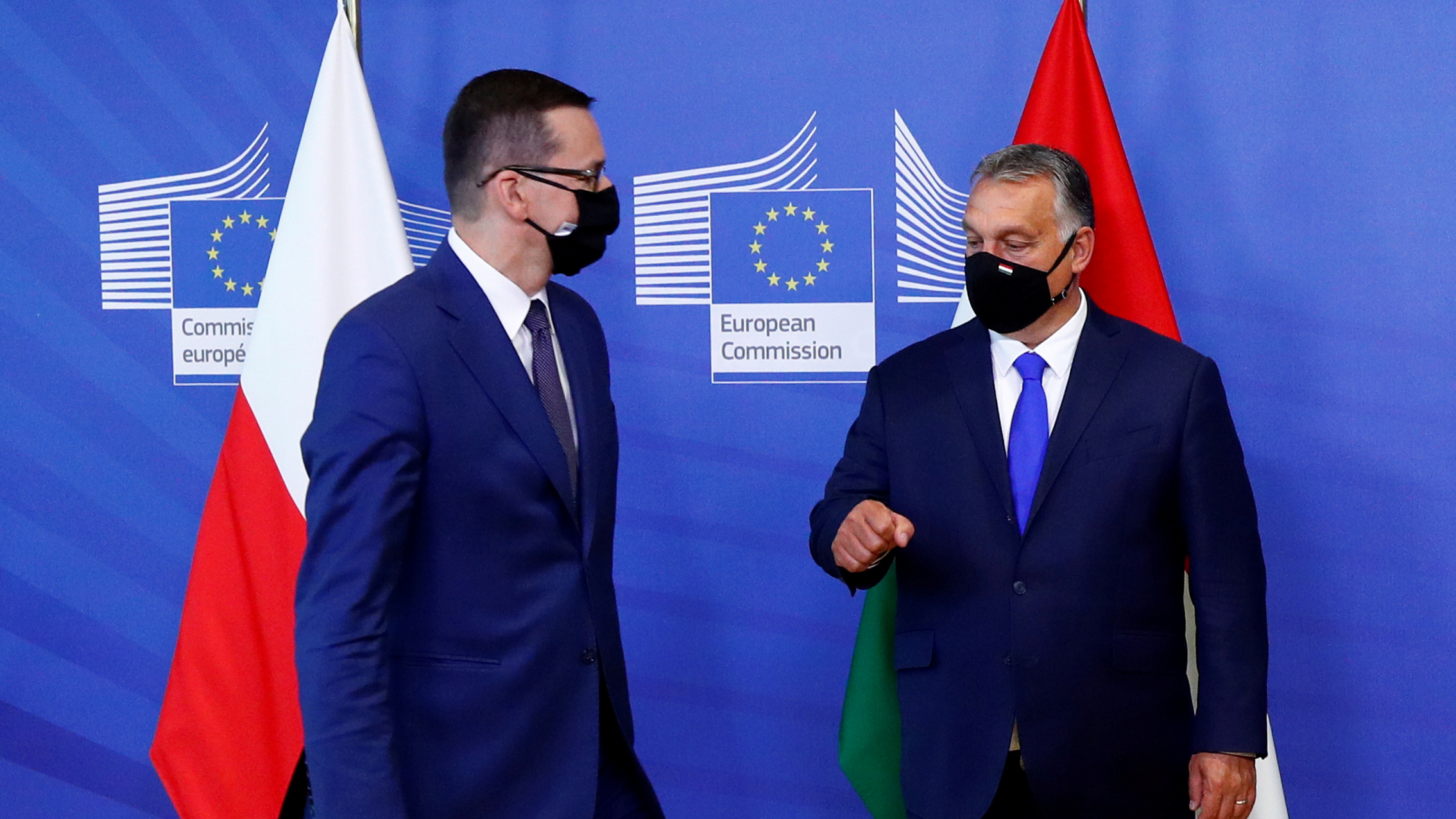 Poland and Hungary have blocked the approval of both the EU's long-term budgets and its COVID-19 recovery fund. (Photo: Reuters)

Hungary and Poland have blocked the approval of the European Union's 2021-2027 budget as well as its COVID-19 recovery fund, sparking a political crisis within the bloc.

Both nations have vetoed the package worth $2.1 trillion because it makes access to money conditional on respecting the rule of law.

"Hungary has vetoed the budget," a spokesman for Prime Minister Viktor Orban said.

"We cannot support the plan in its present form to tie rule of law criteria to budget decisions," he added.

Poland's Prime Minister Mateusz Morawiecki had threatened to block the budget last week and on Monday it was confirmed.

The country's justice minister, Zbigniew Ziobro, said: "The question is whether Poland will be subject to political and institutionalized enslavement.

"Because this is not rule of law, which is just a pre-text, but it is really an institutional, political enslavement, a radical limitation of sovereignty."

EU leaders believed they had agreed a package during a four-day summit in July, which often ran into the early hours.

But it seems that the $1.27 trillion seven-year budget plus the $887 billion recovery fund aimed at the reconstruction of the 27-member bloc will have to be negotiated again unless an agreement can be reached.

Senior European diplomats, however, have said there is no way the other countries will agree to relaxing the rule of law condition.

"We'll see if Budapest and Warsaw are looking for guarantees and if these are acceptable," a diplomat told news agency AFP. While another suggested that Orban might be looking for more money and could be persuaded to agree the deal with financial assistance.

EU leaders are due to hold a videoconference on Thursday to discuss the COVID-19 crisis, but may now be focused on this fresh budget stand-off.