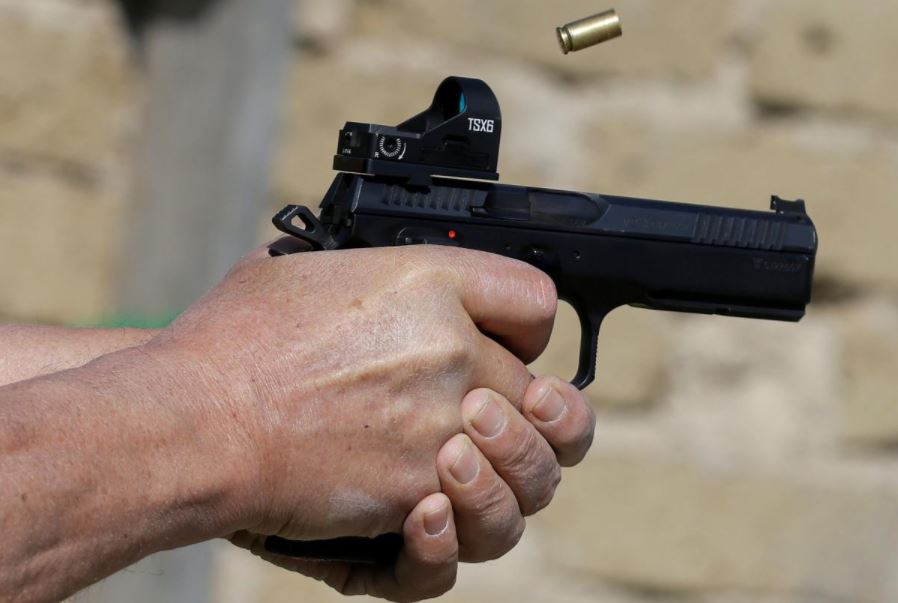 The 34-year-old man ran the website from Hungary to serve German clients from May to November 2016 before it was shut down, the prosecutor’s office said.

An internet search showed the website offered “first class and discretely delivered” ammunition and guns such as pistols and Kalashnikovs to clients “without troublesome bureaucratic hurdles or annoying paperwork.”

Hungarian authorities raided two sites in Budapest and the city of Barcs on Wednesday, seizing data and other evidence, the prosecutor’s office said, adding that the man was suspected of 193 cases of illegal arms sales.

The investigation had been under way since 2016, when German magazine Focus reported that the suspect was operating “Anonymous.Kollektiv”, a far-right anti-immigration website that had nearly 2 million followers on Facebook. The page has since been deleted.

German authorities have sought to crack down on attacks against immigrants which have increased since the influx of over a million mostly Muslim migrants beginning in 2015.

There were more than 2,000 attacks against migrants in 2017, ranging from physical assault to serious property damage, the German interior ministry said in February. It was not clear how many of the attacks involved weapons.