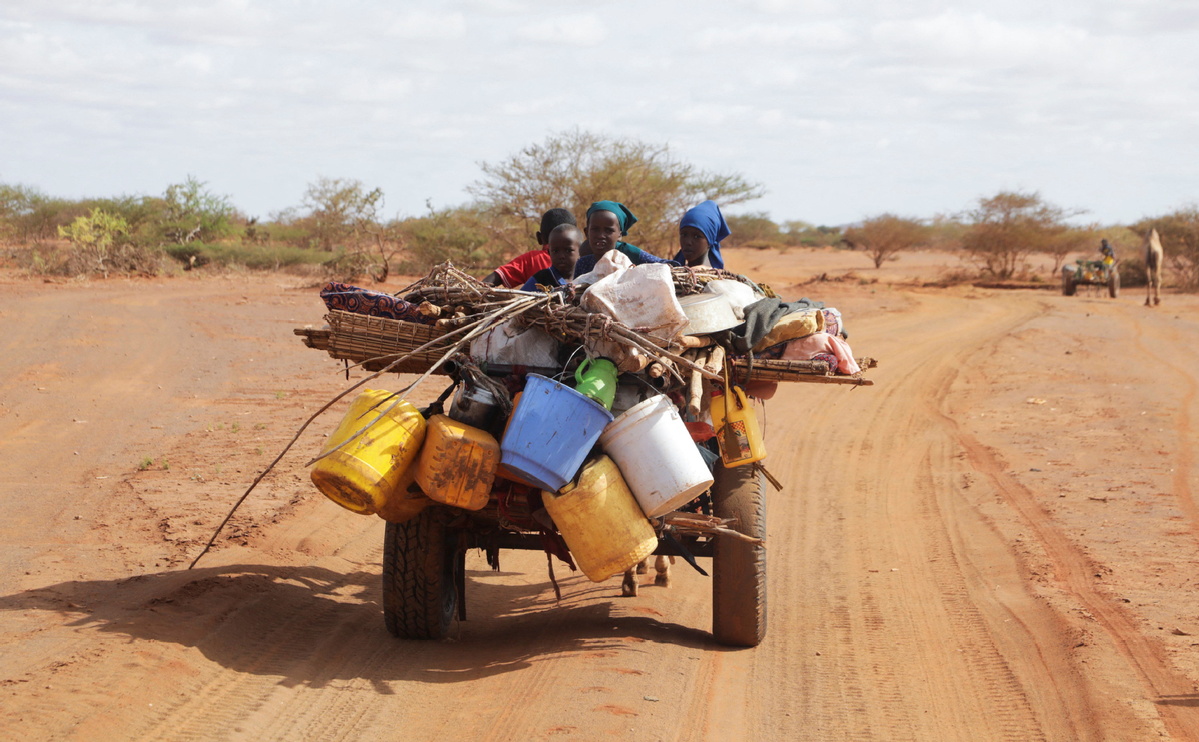 Displaced Somali children ride on a donkey cart as they flee from the severe droughts, near Dollow, Gedo Region, Somalia, May 26, 2022. (Photo: Agencies)

The worst ongoing drought in 40 years in war-torn Somalia has left children weak, hungry and susceptible to diseases.

According to the World Health Organization, an estimated 1.4 million children under five years old as well as more than 250, 000 pregnant and lactating women are in need of treatment and care for malnutrition in the east African country.

Additionally, between January and May 29, health facilities and community health workers reported 9,562 suspected cases of measles, 7,650 of whom were aged under 5 years. The highest number of cases were reported from Puntland, South West State and Banadir.

To reduce the child mortality due to measles and other diseases, the WHO deployed health workers to visit homes and look out for sick children.

Towards that end, the UN agency in collaboration with the Somalia Ministry of Health and Human Services, is supporting 2,163 community health workers who visit around 300, 000 households every month across Somalia.

They specifically visit households whose parents do not seek healthcare services for their sick children owing to a myriad of reasons.

They also screen children for signs of acute malnutrition and search for other unusual health events in the community.

Dr Mamunur Malik, the WHO representative to Somalia, said they are going the extra mile to reach out to every child whose life can be saved and protected by measles and other vaccines.

"During the last four months of our intensified operation in the ground, over 92, 000 children have been vaccinated against childhood diseases, including measles, through our outreach services which we have supported and continue to support in the drought-affected districts," he said

"Approximately 19,000 of these children were identified by our health workers as "zero dose children", meaning that they have not received any vaccine in their life span."

Malik said unvaccinated children, coupled with malnutrition and mass displacement, will set the stage for diseases like measles to spread.

He said the UN agency is in need of $35 million to maintain their life-saving interventions until the end of the year.

According to the United Nations Children's Fund, more than 1.7 million children are in urgent need of treatment for severe acute malnutrition across Ethiopia, Kenya and Somalia due to the ongoing severe drought in the region.