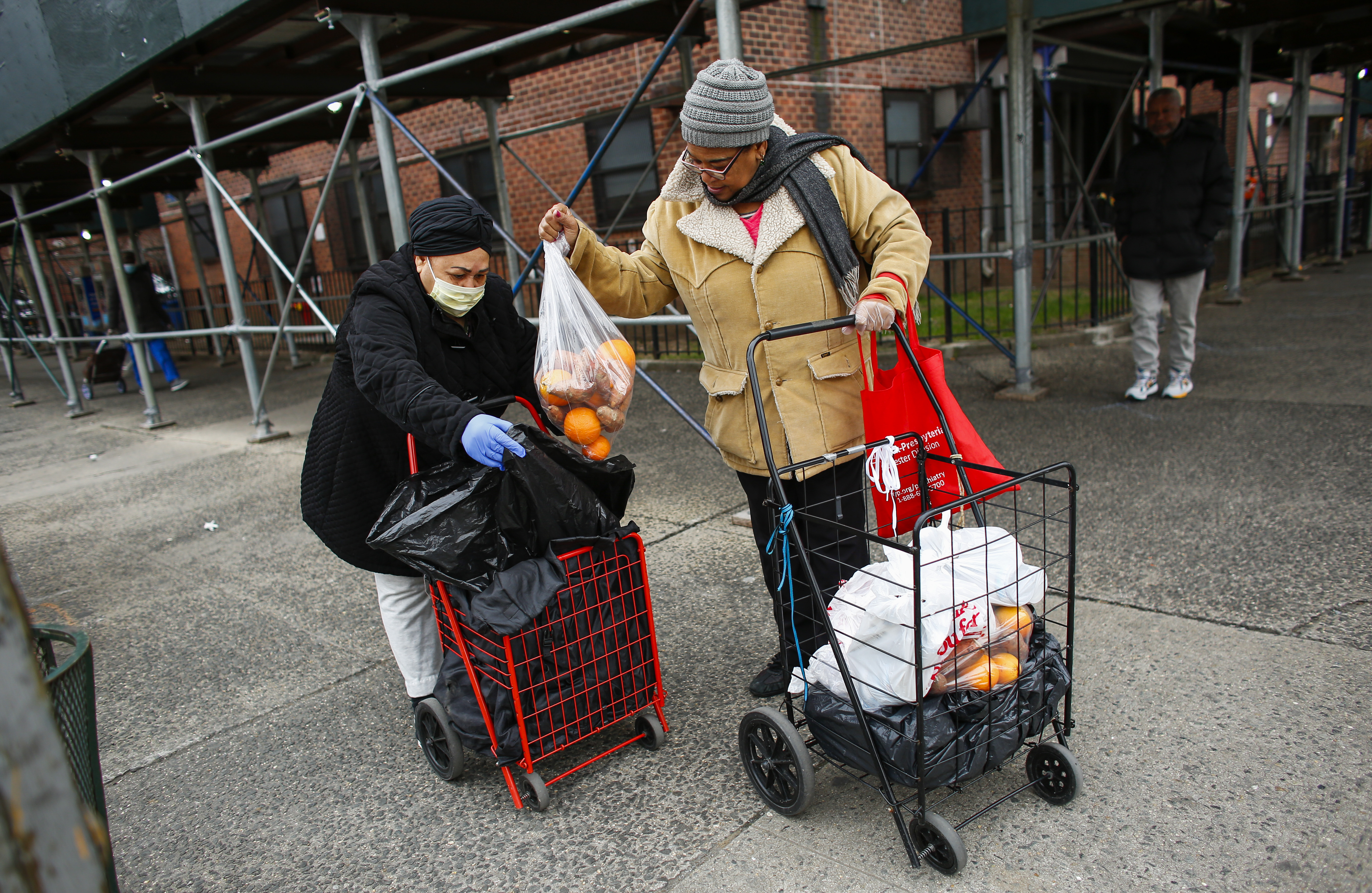 American families slammed by the coronavirus pandemic are turning more and more to food banks to get by, waiting hours for donations in lines of cars stretching as far as the eye can see.

And with 22 million people out of work seemingly overnight as business after business closes under the Great Lockdown, these charities feeding hungry and scared people fear the day will come when they cannot cope with the tsunami of demand.

On Tuesday, for instance, some 1,000 cars lined up at a distribution center set up in Pennsylvania by the Greater Pittsburgh Community Food Bank. Demand for its bags of food soared nearly 40 percent in March.

At eight centers like that one, some 227 tonnes of food were placed in the trunks of cars of families suddenly unable to put meals on the table, said the organization's vice president Brian Gulish.

"A lot of people are utilizing our service for the first time. They've never turned to a food bank before," said Gulish. So they do not know there is a network of 350 distribution points in southwest Pennsylvania.

"That's why those lines are so long. Because they don't know that network that we have," Gulish added.

All over America, from New Orleans to Detroit, people abruptly stripped of a paycheck are flocking to food banks -- sad scenes of desperation among people waiting for their small share of stimulus money included in the $2.2 trillion emergency relief package approved by Congress last month.

Perhaps the most dramatic picture of some Americans' new food insecurity unfolded April 9 in San Antonio, Texas, where a staggering 10,000 cars showed up at one food bank, with some families arriving the night before to just sit and wait.

"We have gone for months without work," a woman who gave her name only as Alana said at a food distribution center in Chelsea in suburban Boston.

"I find a lady yesterday with a 15-day-old baby, a newborn. The husband is not working, she has two more kids. She was having no food in her house," said Alana.

Everywhere, food bank officials say their needs in the pandemic era have skyrocketed all of a sudden -- by 30 percent, for example, at a network in Akron, Ohio.

"We built a supply chain over the years that would serve a certain anticipated need for food. Ramping that up 30 percent overnight is nearly impossible," said Dan Flowers, CEO of the Akron-Canton Regional Foodbank.

In part this is because the food banks are caught up in the maelstrom that has hit the US food industry.

With restaurants closed because of the lockdown, Americans are stocking up on everything in grocery stores, which no longer can make as many product donations as they usually do. Ditto for restaurants that often donate surplus food to homeless shelters.

Fortunately, the US food industry is in fact making donations.

Food banks including 200 local branches of an organization called Feeding America are even getting special kinds of loads to hand out.

US food giant JM Smucker, maker of many well-known products such as Folgers coffee, is a regular donor and has sent extra pallets of food to banks in Ohio. And a distillery called Ugly Dog in Michigan dispatched a truckload of hand sanitizing gel made from residual alcohol and packed in pint bottles that normally hold booze, said Flowers.

Cash donations are also coming in, ranging from anonymous people to the likes of Jeff Bezos, the world's richest person, who donated $100 million to Feeding America.

"If it wasn't for that, these food banks would not be able to meet this demand," said Flowers.

The Food Bank For New York City, a major one in the Big Apple, is ordering higher volume than it normally does, said Zanita Tisdale, its director of member engagement.

"We know if we're going to go back in a week the cost may have increased significantly or the turnaround time for getting that product to our warehouse may have extended exponentially," she said.

As supply chains get more complex and the legions of desperate families grow, there is the issue of those manning the food banks, who are simply exhausted after weeks of toil.

"Our staff is worn out. They've been working so hard. We're all ready for this to end," said Flowers.

After a month of all this frenetic work, the food banks are holding up, at least for now. But the future -- like for so much of the new world created by the pandemic -- is uncertain.

"The supply is still good, but a month from now we don't know," said Gulish.

The relief plan passed by Congress includes $850 million for food banks and Flowers says he expects that cash to start flowing in June.

"I think we'll get back on track then. I'm mostly concerned about the next six to eight weeks," said Flowers.