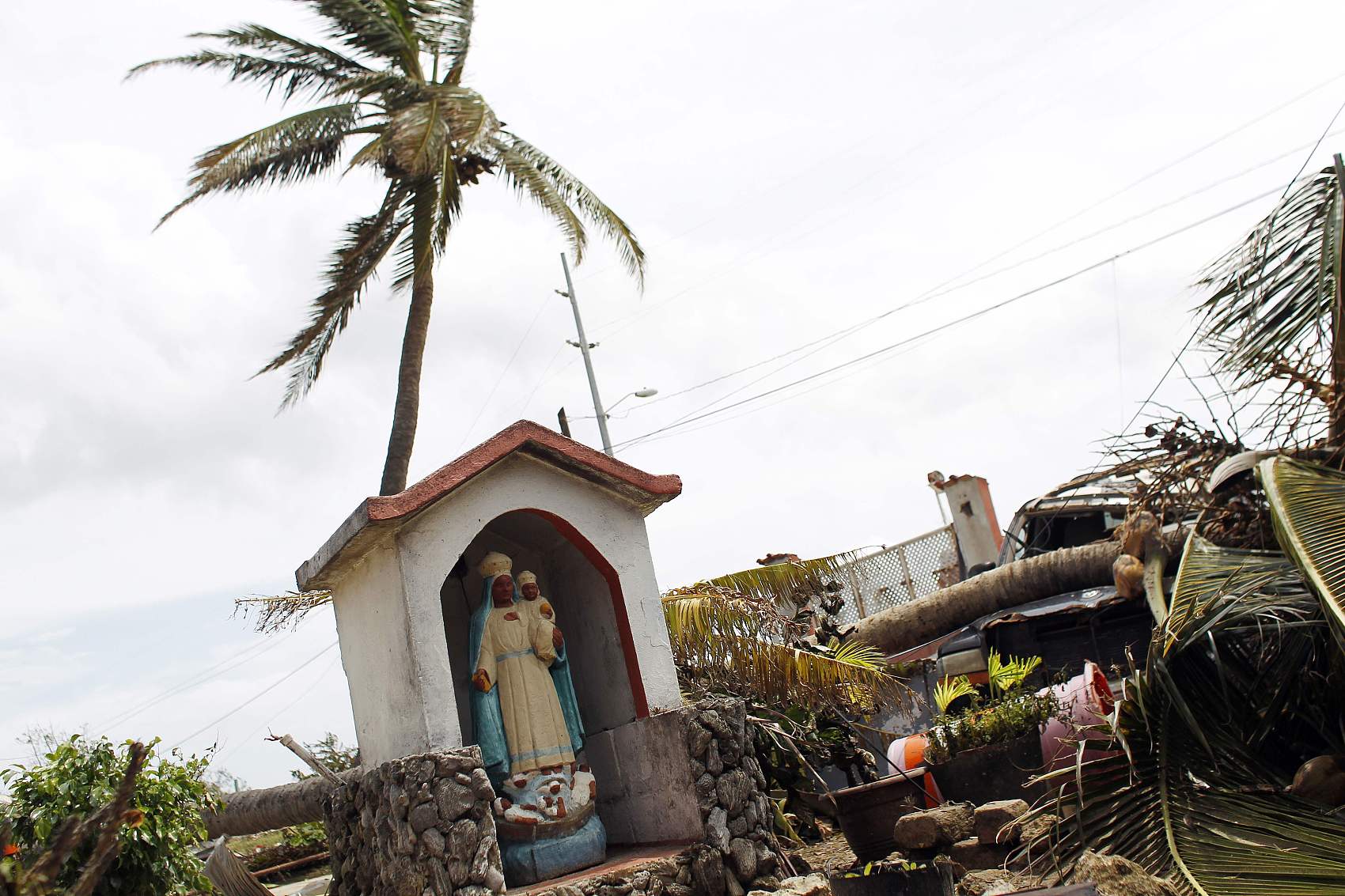 A statue of Virgin Mary is seen between debris in the aftermath of Hurricane Maria in Toa Baja, Puerto Rico, on September 22, 2017. Photo: VCG

Authorities in the U.S. territory of Puerto Rico say the number of deaths tied to Hurricane Maria has increased to 54 with three new deaths reported.

Public Affairs Secretary Ramon Rosario said Wednesday that two of the deaths were accidents involving trees and the third was a person who committed suicide after losing their job.

The deaths occurred in the municipalities of Vega Baja, San Sebastian and San Lorenzo.

Hurricane Maria hit Puerto Rico on Sept. 20 as a Category 4 storm with winds of up to 154 mph (248 kph). It wiped out crops, damaged or destroyed 230,000 homes and left the entire island without power.

Puerto Rico's power company is producing nearly 40 percent of its normal output, and roughly 20 percent of customers are still without water.