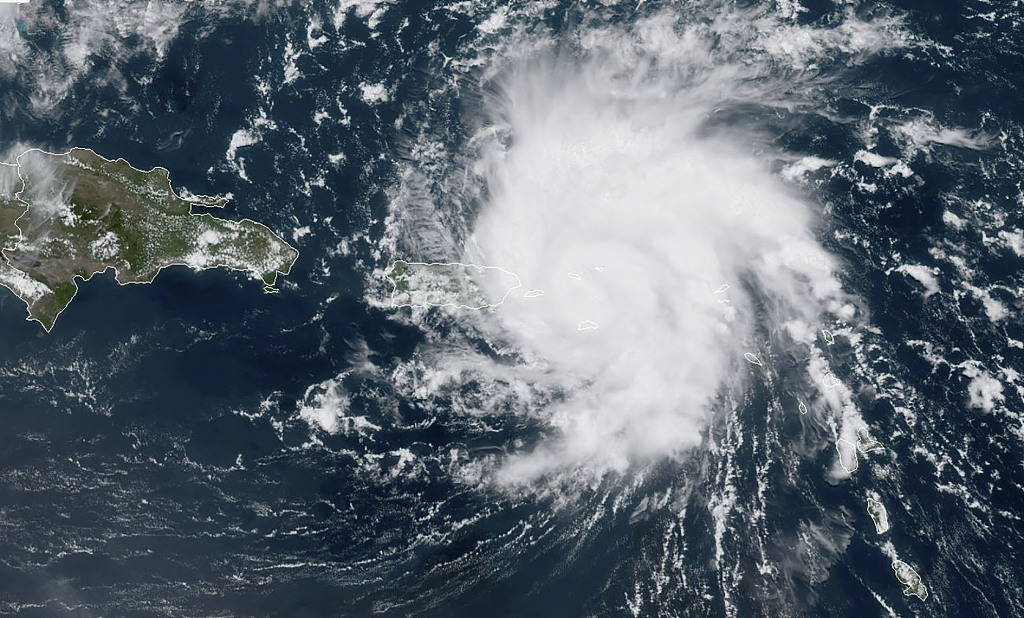 A strengthening Hurricane Dorian appeared to have largely spared Puerto Rico Wednesday, barreling past the US territory that is still recovering from a powerful storm two years ago.

The National Hurricane Center (NHC) in Miami said the hurricane watch and tropical storm warning for the island had been lifted, and that "Dorian continues to move away from Puerto Rico and the Virgin Islands."

Vazquez announced that schools would reopen and people should return to work from Thursday. She said the storm had given the island a chance to evaluate its hurricane response.

"These days have been a real exercise where we have been able to re-evaluate and make adjustments in all our responses to protect the people of Puerto Rico," she said.

But the danger for other areas is far from over: "Dorian is forecast to strengthen into a powerful hurricane during the next couple of days," the NHC said.

Rainfall from the storm in the Bahamas and the southeastern United States "may cause life-threatening flash floods," it added.

The storm's latest path puts Dorian on a trajectory to strike the Atlantic coast of Florida -- which declared a state of emergency on Wednesday -- or neighboring Georgia by the end of the weekend.

Florida Governor Ron DeSantis urged all residents on the east coast of his state to prepare for impact.

"It's important for Floridians on the east coast to monitor this storm closely. Every Florida resident should have seven days of supplies, including food, water and medicine, and should have a plan in case of disaster," he said in a statement.

Dorian had earlier developed into a political as well as meteorological storm.

President Donald Trump had declared a state of emergency in Puerto Rico authorizing federal assistance even while alleging the island is "one of the most corrupt places on earth.

"Their political system is broken and their politicians are either Incompetent or Corrupt," he said on Twitter.

Trump also declared an emergency in the US Virgin Islands.

Puerto Rico's former governor Ricardo Rossello was forced to resign last month in part because of criticism over his handling of the emergency created by Maria.

San Juan Mayor Carmen Yulin lashed into Trump, telling CNN that the president "continues to try to belittle the people of Puerto Rico."

She told Trump "to keep his mouth shut" and let people do the work needed to save lives.

Puerto Rico was devastated in 2017 by Hurricane Maria, a major Category 4 hurricane on a scale where five is the maximum.

A study accepted as valid by the government, which initially put the death toll at 64, estimated that nearly 3,000 people died as a result of the hurricane and the months of disruption that followed.

Dorian, though far less powerful, was the first major test of the island's halting recovery.

As of 0300 GMT Thursday, the storm's maximum sustained winds had risen further to 85 miles per hour (140 kilometers per hour) with higher gusts, according to the NHC.

Moving northwest, it is forecast to dump up to four inches (10 centimeters) of rain on the Bahamas, and up to eight inches on the southeastern United States.