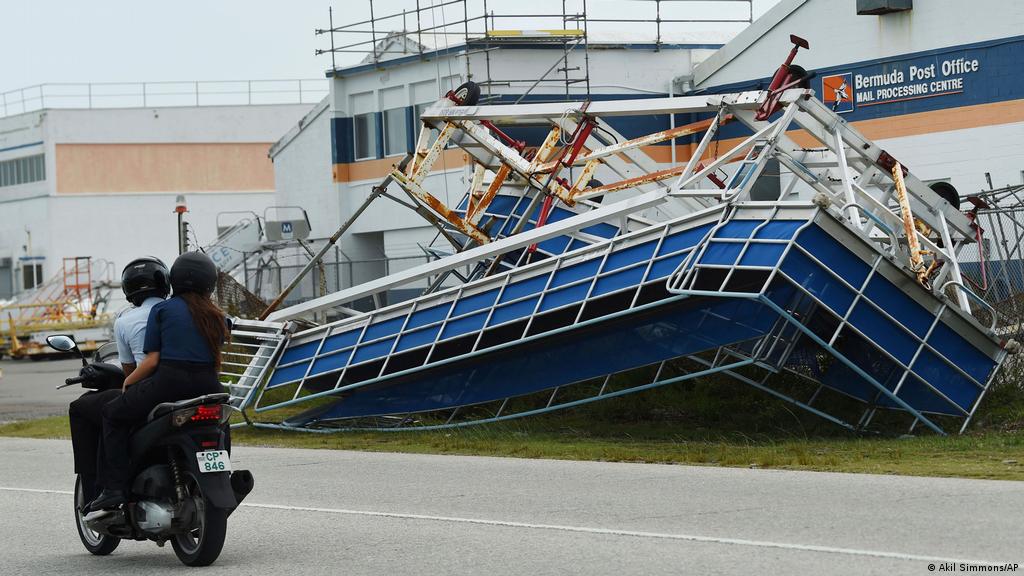 Hurricane Fiona made landfall in eastern Canada's Nova Scotia on Saturday, the US National Hurricane Center said, with maximum winds of 90 miles (144 kilometers) per hour and heavy rainfall.

The NHC said the storm would affect many parts of eastern Canada as a "powerful hurricane-force cyclone". Canada has issued severe weather warnings for much of its eastern coast.

"Significant impacts from high winds, storm surge, and heavy rainfall are expected," the NHC said in an advisory.

Rainfall of up to 4.9 inches (125 millimeters) had been recorded in Nova Scotia and Prince Edward Island, the CHC said, with a "high likelihood" of storm surges affecting Nova Scotia, the Gulf of St. Lawrence and western Newfoundland.

"It is certainly going to be a historic, extreme event for eastern Canada," Bob Robichaud, a meteorologist for the CHC, told reporters before the storm made landfall.

"It's a major hurricane... All that momentum is trapped within the storm, so it's very difficult for something like that to actually wind down."

In its latest bulletin, the CHC said conditions would improve in western Nova Scotia and eastern New Brunswick on Saturday, but would persist elsewhere.

Authorities in Nova Scotia issued an emergency alert on phones, saying power outages were likely and people should stay inside with enough supplies for at least 72 hours.

Prime Minister Justin Trudeau called the storm "a bad one," adding it "could have significant impacts right across the region."

In Halifax, the capital of Nova Scotia, stores sold out of propane gas cylinders for camping stoves as residents stocked up.

"Hopefully it will slow up when it hits the cooler water, but it doesn't sound like it's going to," Dave Buis of the Northern Yacht Club in North Sydney, Nova Scotia, told Canadian television.

Bermuda, which Fiona skirted by a day earlier, had at the time called on residents to remain inside as strong winds raked over the British territory, but no fatalities or major damage were reported as the storm passed roughly 100 miles to the west of the island.

The Belco power company said 15,000 out of 36,000 households were without power on Friday evening, with electricity being rapidly returned to many areas.

The Royal Bermuda Regiment said it was waiting for winds to die down before clearing roads. Residents posted images of downed power lines and some flooding on social media.

"We had some minor damage to the premises but nothing serious," Jason Rainer, owner of a souvenir shop in the capital Hamilton told AFP, saying some doors and windows had been blown out.

Store owners had covered windows with sheets of metal and wood.

The island of about 64,000 people is no stranger to hurricanes -- but it is also tiny, just 21 square miles (54 sq km), and one of the most remote places in the world, 640 miles from its closest neighbor, the United States.

Bermuda, whose economy is fueled by international finance and tourism, is wealthy compared with most Caribbean countries, and structures must be built to strict planning codes to withstand storms. Some have done so for centuries.

Fiona killed four people in Puerto Rico earlier this week, according to US media, while one death was reported in the French overseas department of Guadeloupe and another in the Dominican Republic.

President Joe Biden declared a state of emergency in Puerto Rico, a US territory that is still struggling to recover from Hurricane Maria five years ago.