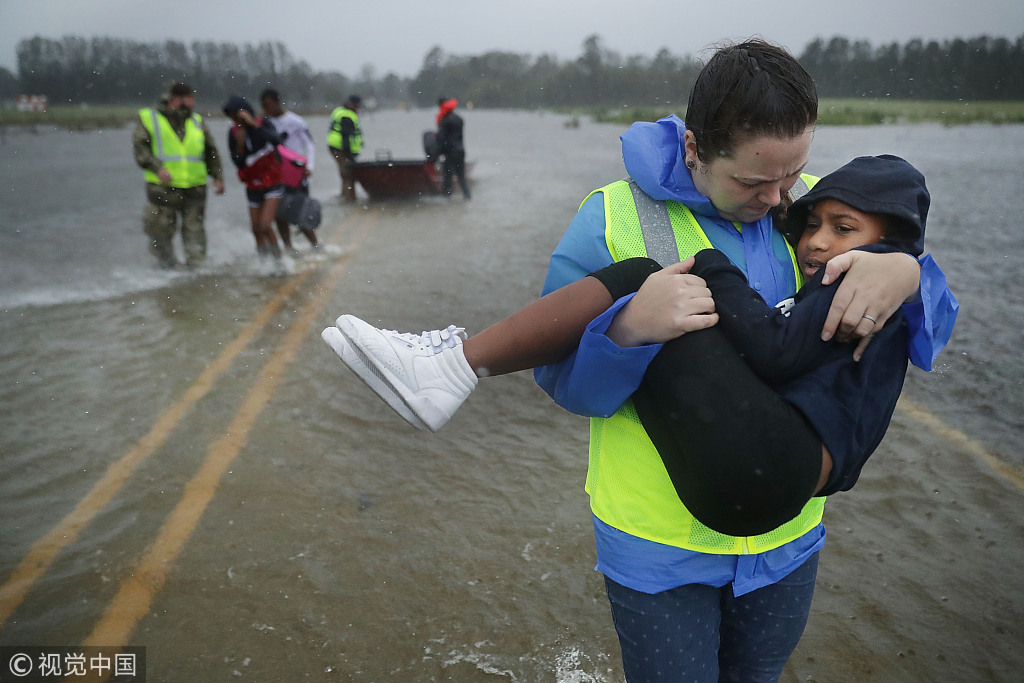 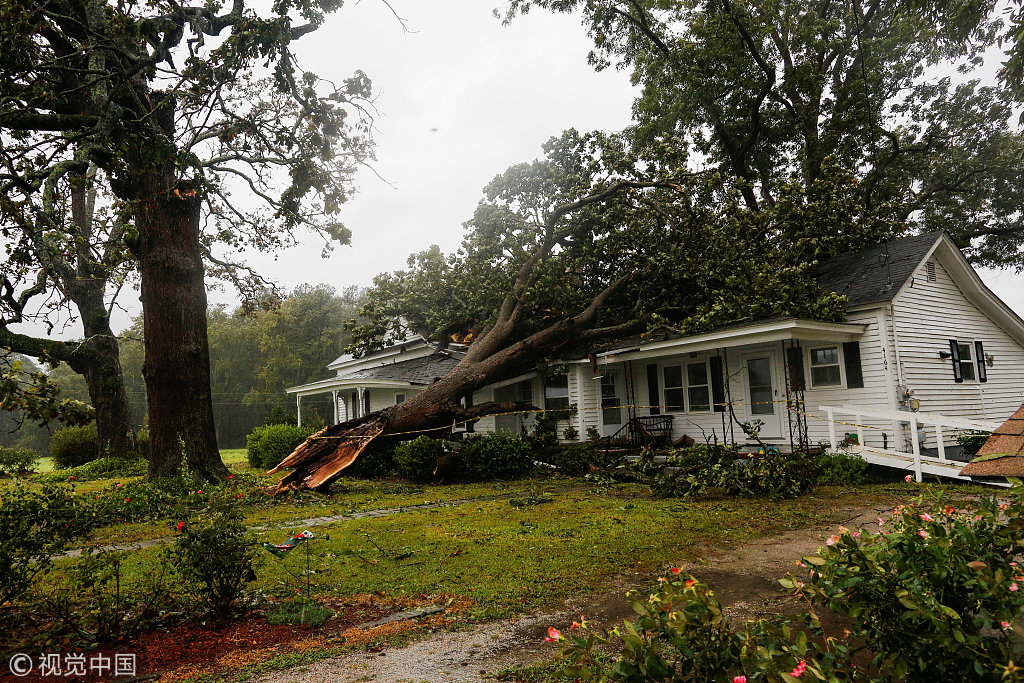 Florence flattened trees, crumbled roads and knocked out power to three-quarters of a million homes and businesses, and the assault wasn’t anywhere close to being over, with the siege in the Carolina expected to last all weekend. (Photo: VCG) 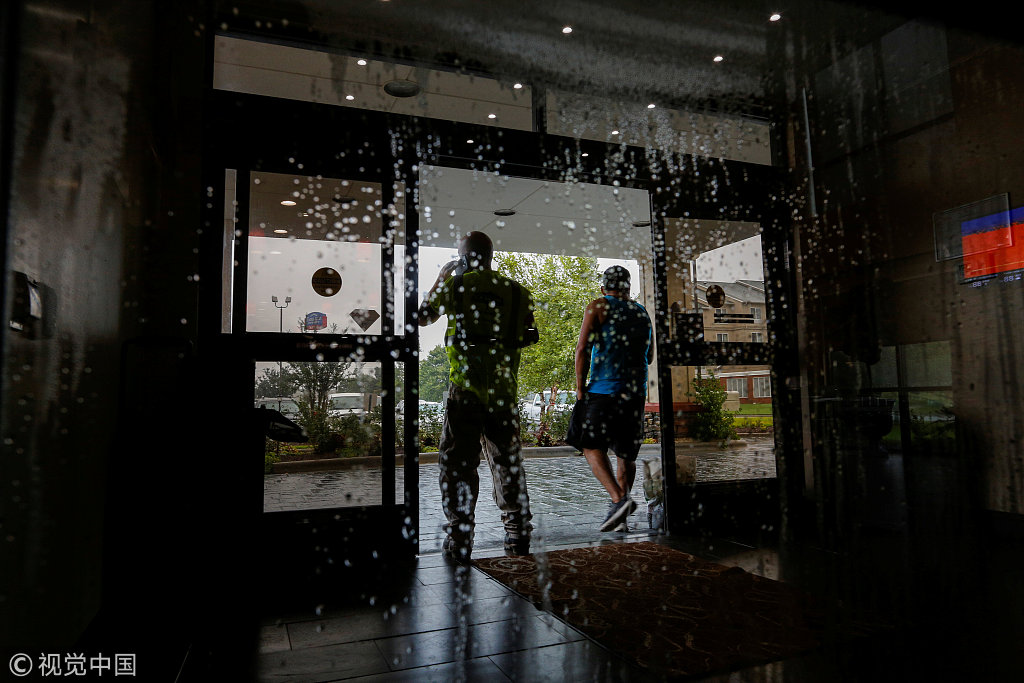 For people living inland in the Carolinas, the moment of maximum peril from flash flooding could arrive days later, because it takes time for rainwater to drain into rivers and for those streams to crest. (Photo: VCG) 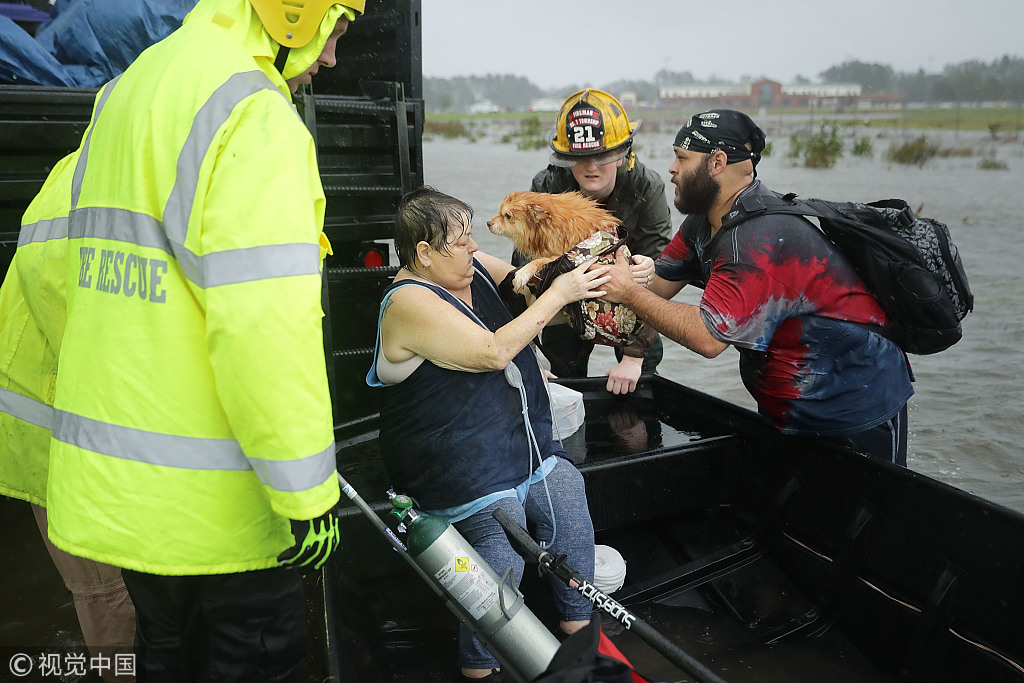 As 400-mile-wide Florence pounded away at the coast with torrential downpours and surging seas, rescue crews used boats to reach scores of people besieged by rising waters along a river. (Photo: VCG) 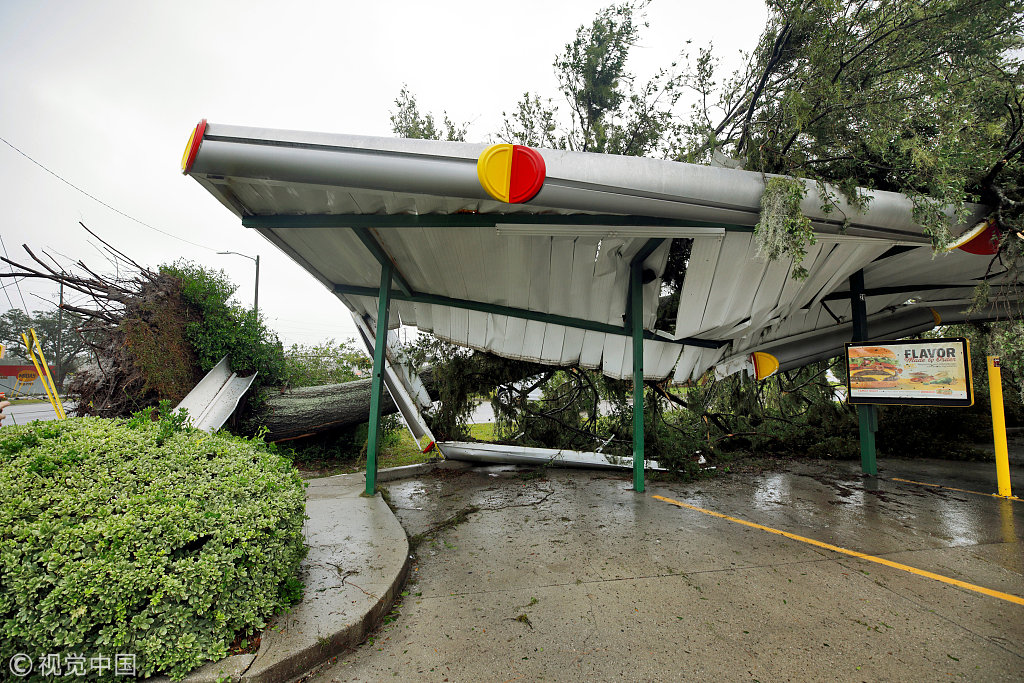 On September 14th, coastal streets in the Carolinas flowed with frothy ocean water, and pieces of torn-apart buildings flew through the air.(Photo: VCG)