WORLD Hurricane Henri bears down on US east coast

Hurricane Henri bears down on US east coast

A swath of the US East Coast, including New York City, was under alert Saturday, as storm Henri was upgraded to what could be the first hurricane in 30 years to hit New England. 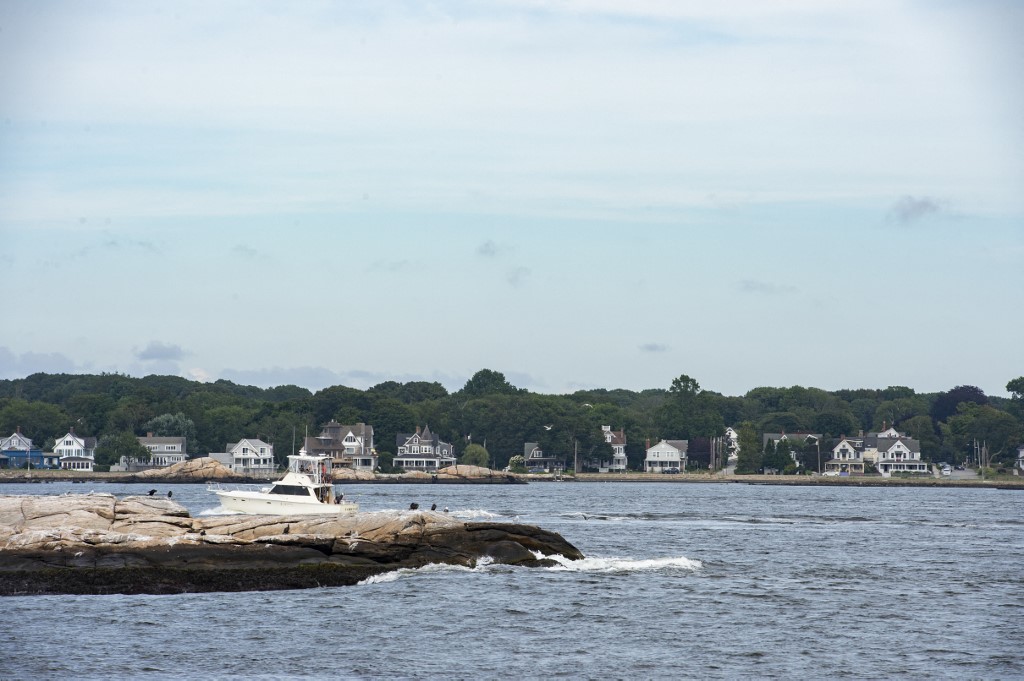 Forecasters warned of violent winds, heavy rainfall, the risk of flash floods and surging seas as the storm churned in the Atlantic, packing maximum sustained winds near 75 miles (120 kilometers) per hour.

Nasty weather that preceded Henri forced New York City to halt its star-studded Central Park concert that was billed as a "homecoming" for a metropolis hard hit by the pandemic.

The approaching hurricane had prompted New York Governor Andrew Cuomo to announce a state of emergency and the deployment of 500 National Guard soldiers in anticipation of response efforts.

"It's as serious as a heart attack," he warned.

He said the storm was expected to make landfall on Long Island, home to the plush Hamptons villages where wealthy New Yorkers retreat in summer, around noon (1600 GMT) on Sunday.

"It will be about a 26-hour event," Cuomo added, telling New Yorkers to expect "significant power outages" and "significant flooding" in some suburbs of the Big Apple.

Henri was anticipated to miss New York City by miles, but it could still cause tropical storm conditions beginning Saturday night.

Some of that weather rolled in during the concert in Central Park, and an announcer cut off Barry Manilow mid-song to urge revelers to proceed swiftly but calmly to the nearest exit.

"I guess for safety it makes sense. I mean I can hear the thunder," said attendee Maria Fuentes.

The US National Hurricane Center warned of "a dangerous storm surge, hurricane conditions and flooding" in areas of southern New England and Long Island, confirming in its 11 pm (0300 GMT) advisory that the storm continued to steam north at more than 20 mph.

Henri is expected to produce three to six inches of rain (7.5 to 15 centimeters) across the region, with isolated maximum totals near 10 inches, the NHC warned.

The heavy rainfall "may result in considerable flash, urban, and small stream flooding" as well as river flooding, it added.

"All residents are advised to begin storm preparations today, and to pay close attention to local weather," the office of Massachusetts Governor Charlie Baker said Friday.

His state, which will close parks and beaches from Saturday to Monday, was bracing for the high winds to knock out electricity for up to 300,000 locals, the governor's office said.

If Henri stays on its current course and maintains strength, it would be the first hurricane to directly hit New England in 30 years.

"The last hurricane to make landfall onto New England was Hurricane Bob in 1991," Dennis Feltgen, an NHC spokesman, told AFP. That storm killed at least 17 people.

It has been almost a decade since such severe weather threatened the region.

"The last time we had hurricane watches issued for the area was for Hurricane Irene, back in late August of 2011," tweeted the National Weather Service in New York City.

The last hurricane to make landfall in Long Island was Gloria in 1985.

New York beaches were ordered closed for swimming Sunday and Monday as officials warned of high winds and possible storm surges, as well as flash flooding on roads.

The warnings have reignited memories of Hurricane Sandy, a more powerful storm that knocked out power for much of Manhattan and flooded subways in 2012.