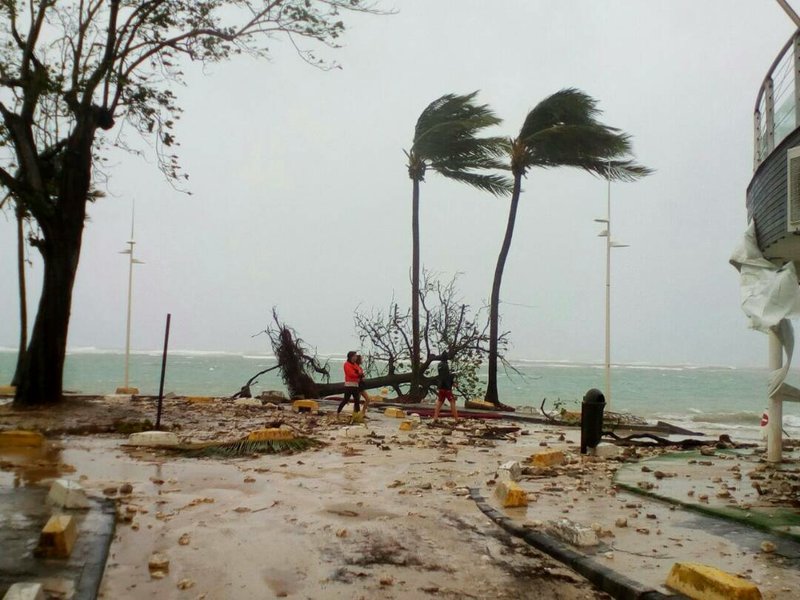 Hurricane Maria, which stuck Puerto Rico about a year ago, killed 2,975 people there, according to an independent investigation commissioned by the US territory.

The Puerto Rican government had long put the official death toll from Maria at 64 before sharply raising it to 1,427 earlier this month as it was awaiting a more accurate assessment from the independent study from George Washington University.

"The results of our epidemiological study suggest that, tragically, Hurricane Maria led to a large number of excess deaths throughout the island," said principal investigator Carlos Santos-Burgoa, a professor of global health at George Washington University.

"Certain groups -- those in lower income areas and the elderly -- faced the highest risk."

The study tracked excess deaths related to Hurricane Maria from September 2017 to February 2018, whose authors described it as "the most rigorous study of excess mortality due to the hurricane done to date."

The Puerto Rican and the US federal governments have come under scrutiny over the accounting of the deaths caused by the storm, which struck the island as a Category 4 hurricane in September 2017 and caused widespread destruction and plunged it into a months-long blackout.

Maria, which caused 90 billion US dollars in damages, is ranked as the third costliest cyclone in the United States since 1900.

The death toll is a contentious topic, in part because federal and island governments haven't responded as rapidly to the disaster as they have in other hurricane emergencies.

A separate study of Harvard University earlier this year estimated around 4,600 had died in the three months following the storm.

The US federal government has been heavily criticized for its response to the storm and the island's recovery efforts.