The death toll from Hurricane Michael rose to at least 16 on Friday amid fears it would continue to climb as search-and-rescue teams scour the debris of the Florida town that bore the brunt of the monster storm. "Mexico Beach is devastated," Florida Governor Rick Scott said of the town where Michael made landfall as a Category 4 storm on Wednesday.

Rescue teams were using sniffer dogs in Mexico Beach on Friday in a search for victims who may be buried under the rubble in the debris-strewn community.

Brock Long, head of the Federal Emergency Management Agency (FEMA), warned that he expected the number of deaths to rise.

"I hope we don't see it climb dramatically but I have reasons to believe we still haven't got into some of the hardest hit areas," he said.

"What's happening is search and rescue is trying to get into the rubble to make sure that there's nobody covered up, trying to assess if there's additional casualties there," Long added.

Dozens of structures in Mexico Beach -- homes, shops and restaurants -- were lifted off their foundations by storm surge and 155-mile per hour (250 kph) winds and moved hundreds of feet inland or smashed to bits.

"Very few people live to tell what it's like to experience storm surge," Long said. "Storm surge causes the most amount of loss of life." 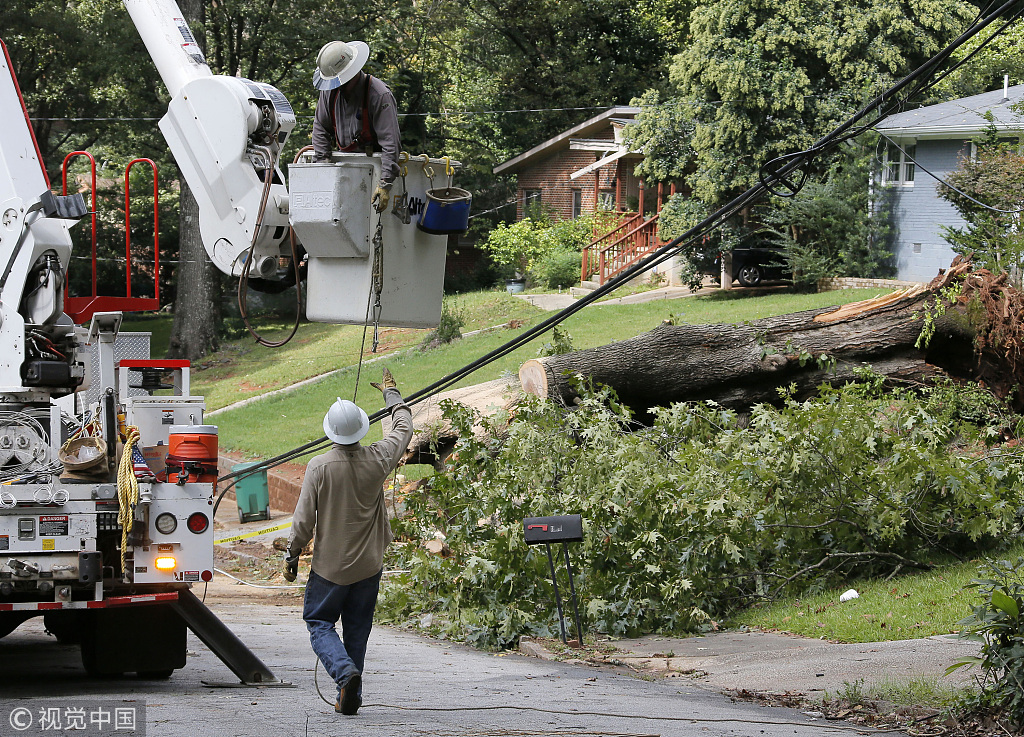 A Georgia Power crew works to repair downed power lines on Fleetwood Drive in southeast Atlanta on Thursday, Oct. 11, 2018, in the wake of Hurricane Michael.

State officials said Mexico Beach was under mandatory evacuation orders but some residents decided to stay and try to ride out the storm.

"You hope that somehow at the last minute a bunch of people got up and left or went somewhere else," Florida Senator Marco Rubio told CNN.

But judging from the number of homes reduced to "sticks," he said "my sense is they are going to find more victims."

Bob Tenbrunson, a Mexico Beach retiree, rode out the storm at his daughter's house in nearby Panama City and returned to survey the damage to his home.

"I was going to stay here until it turned to a Cat 4," he said. "So I followed the mandatory evacuation order and left with my wife.

"Luckily we did not get a surge," Tenbrunson said of his home. "I've got two trees on the roof and a couple of holes on the roof. I have been trying to patch it up the best I can."

The rest of Mexico Beach did not fare as well, and most of the beachfront homes, restaurants and stores were obliterated by the storm.

"I spent my life savings and retirement to stay here so I can't sell it now," Tenbrunson said. "I just have to be hopeful that (the town) will be rebuilt and fixed."

Some residents arrived Friday with vans or moving trucks, hoping to recover as many personal effects from their splintered homes as they could.

Others came with nothing -- as there was nothing left to save.

At least four deaths from the storm have been confirmed in Florida, five in Virginia, one in Georgia and three in North Carolina.

US media on Friday quoted authorities in Jackson County, Florida, as reporting three deaths there, bringing Michael's toll to at least 16.

The latest two deaths in North Carolina occurred in McDowell County when a car struck a tree that had fallen across a road, officials said.

Hundreds of thousands of people remain without electricity in Florida, Georgia and Virginia, and officials say it could be weeks before power is fully restored. 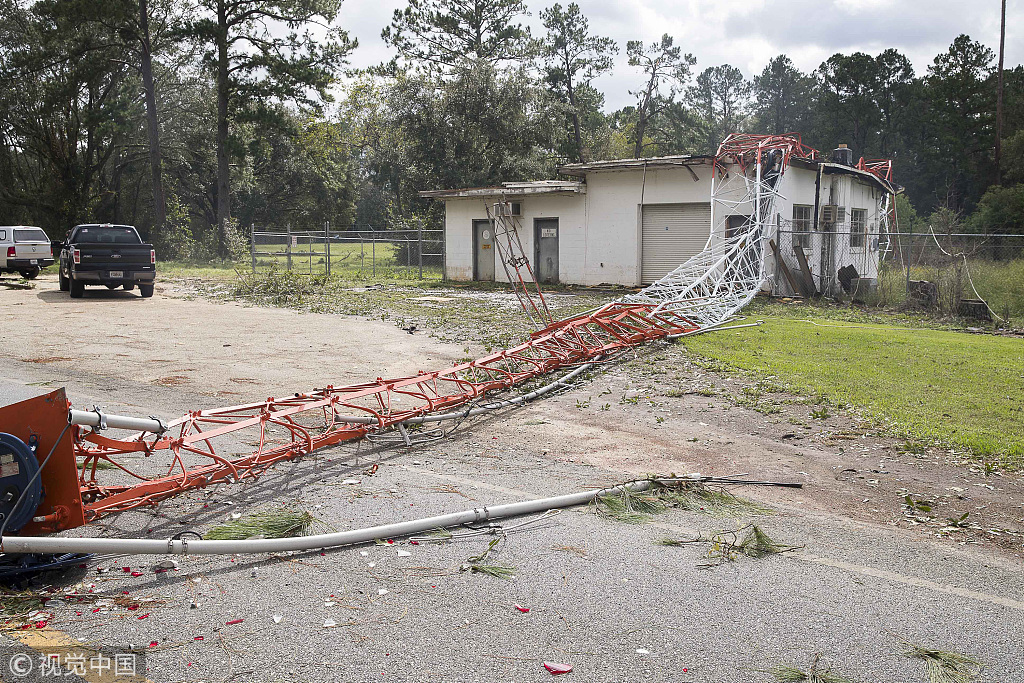 "People have no idea how hard Hurricane Michael has hit the great state of Georgia," Trump tweeted. "I will be visiting both Florida and Georgia early next week. We are working very hard on every area and every state that was hit -- and we are with you!"

Michael was the most intense hurricane to strike the Florida Panhandle since record keeping began in 1851.

Many of the damaged Florida buildings were not built to withstand a storm above the strength of a Category 3 hurricane on the five-level Saffir-Simpson scale.

About 5,000 US servicemen were deployed to help with relief and recovery efforts, the Pentagon said, using 100 helicopters and 1,800 high-water vehicles.

Tyndall Air Force Base, home to the F-22 stealth fighter, suffered extensive damage, according to aerial photos of the coastal facility.

The base was evacuated ahead of the hurricane and the costly fighter planes were flown to other installations out of the path of the storm.