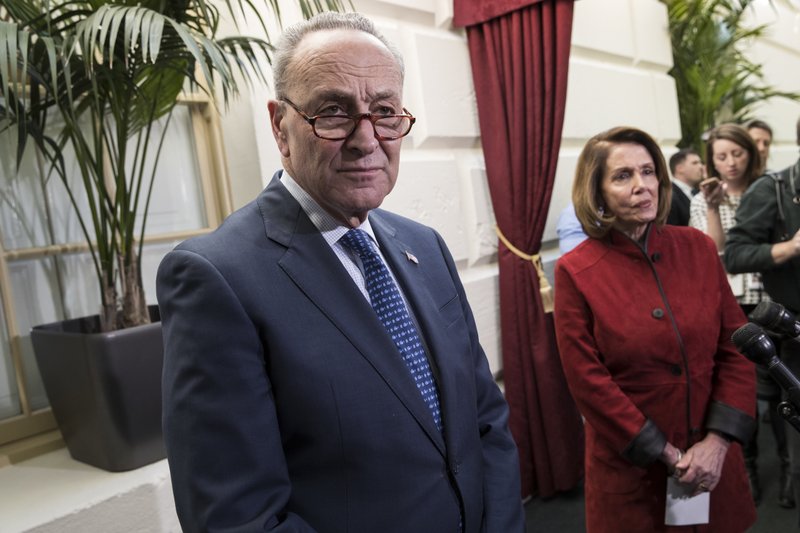 Lawmakers from hard-hit states such as Florida are demanding tens of billions of dollars of hurricane relief and rebuilding funds as part of another temporary Washington spending bill to keep the government from shutting down over Christmas.

Hurricane money is one of many pressing items as GOP leaders struggle to devise a party strategy to avert a government shutdown. It’s apparent that after a closed-door meeting of House GOP lawmakers on Wednesday that Republican leaders are having trouble coming up with a plan.

Congress last week passed a two-week stopgap spending bill, called a continuing resolution in Washington-speak. This “CR” bought time for negotiations on the party’s signature tax bill, but talks with Democrats such as Senate Minority Leader Chuck Schumer on the budget, disaster aid, children’s health and other leftovers aren’t going as smoothly.

GOP aides and lawmakers say a leading option to try to avoid a politically disastrous shutdown is to pass a huge full-year Pentagon spending bill and add to it temporary funding for non-defense Cabinet departments. That’s a priority for the GOP’s legion of defense hawks.

That move won’t fly, however, with Senate Democrats emboldened by Tuesday’s surprise win in the Alabama Senate race. And the idea ran into a buzz saw of opposition from hurricane-state lawmakers at Wednesday’s GOP meeting, who were upset after Speaker Paul Ryan, R-Wis., told them the hurricane relief package wasn’t ready.

“I can tell you, there are a lot of us from these disaster-affected states who are not going to support a CR absent supplemental relief being taken care of before Christmas,” said Rep. Dennis Ross, R-Fla.

Driving the House GOP’s moves is the party’s endgame goal, at least for December — to freeze Democratic Leader Nancy Pelosi of California out of the negotiations and deny her the leverage to win protections for immigrants commonly called “Dreamers” as part of the year-end measure. These are immigrants who were brought to the country illegally as children and were given protections by former President Barack Obama — only to be reversed by Trump back in September.

But top Senate Democrat Schumer can’t be frozen out, despite the hopes of some House conservatives. Even GOP hard-liners acknowledge that Schumer and Senate Majority Leader Mitch McConnell, R-Ky., could bounce the House measure right back with a bipartisan measure that the House might have little choice but to accept. That could include flood aid and a bipartisan, Pelosi-backed reauthorization of a popular children’s health insurance program.

Another complication for the year-end package is the potential addition of subsidies for low-income people participating in the Affordable Care Act. That’s a demand of Sen. Susan Collins, a moderate from Maine who won a pledge from Trump and Vice President Mike Pence to retain such market-stabilizing “cost-sharing” subsidies — which help with out-of-pocket costs such as deductibles and co-payments — in exchange for her commitment to support the tax measure. Some liberal media observers have opined that Collins got snookered and that the promise won’t be honored by House Republicans.

“I am confident that the agreement that I negotiated will be honored,” Collins said Wednesday. “The mechanics of doing it still need to be worked out but all you cynics in the press will have to be eating crow come Dec. 31.”