Brussels (People's Daily) - A five-day virtual meeting of the Board of Governors of the International Atomic Energy Agency (IAEA) began on Monday at the agency's headquarters in Vienna, Austria, mainly discussing a report that Iran has blocked inspection of two sites where "nuclear activity may have occurred". 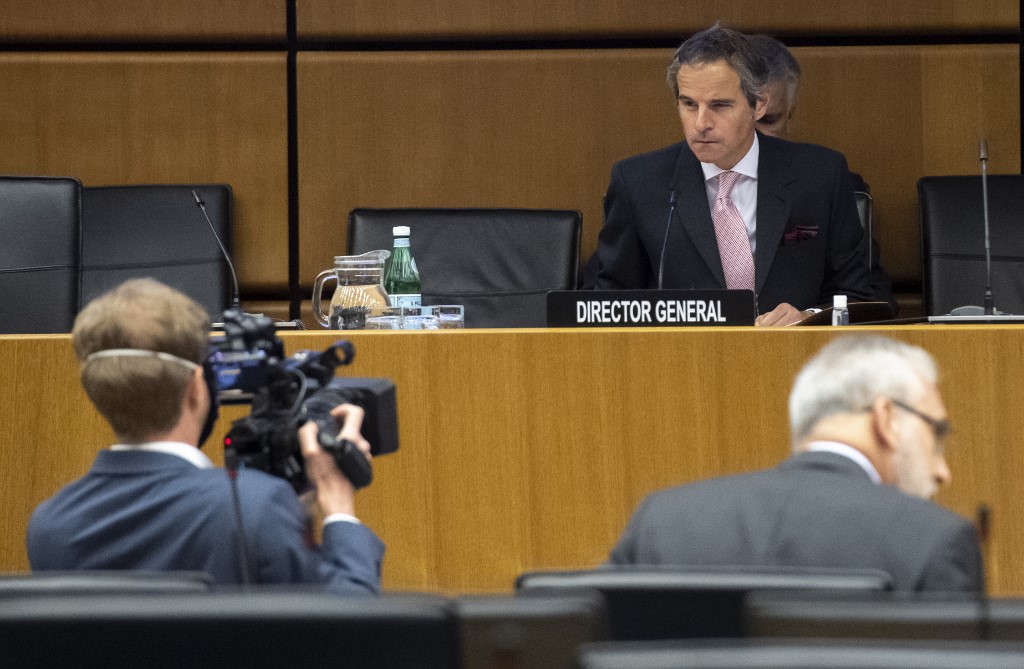 Rafael Grossi, Director-General of the International Atomic Energy Agency (IAEA), opens a virtual meeting of the Board of Governors of the IAEA , due to coronavirus safety related measures, at the agency's headquarters in Vienna, Austria on June 15, 2020. (Photo: AFP)

IAEA Director-General Rafael Grossi told the board that for more than four months “Iran has denied us access to two locations and that, for almost a year, it has not engaged in substantive discussions to clarify our questions related to possible undeclared nuclear material and nuclear-related activities.”

Moreover, Grossi said, “I call on Iran to cooperate immediately and fully with the agency, including by providing prompt access to the locations specified by us.”

The Board of Governors, one of the agency's policy-making bodies, is expected to discuss the report during its meeting. If they pass a resolution critical of Iran, it would be the first of its kind since 2012.

"Naturally, if they make an unconstructive decision, Iran will show a proportionate reaction, and they probably know what the decision would be," warned the Iranian Foreign Ministry Spokesman Abbas Mousavi on Monday.

"We hope the results of the (IAEA Board of Governors) meeting would be constructive for regional peace and stability," he added, according to Tasnim, a news agency in Iran.

The latest row over access comes as a landmark deal between Iran and world powers in 2015 continues to unravel, analyzed AFP.

Under the deal, known as the Joint Comprehensive Plan of Action (JCPOA), Iran committed to curtailing its nuclear activities in return for sanctions relief and other benefits.

On May 8, 2018, US President Donald Trump officially announced the unilateral withdrawal of the United States from the JCPOA and ordered the reimposition of all sanctions lifted in connection with the deal and ordered new ones.

On May 8, 2019, exactly one year after the US withdrawal from the JCPOA, Tehran began to gradually reduce its commitments under the pact to both retaliate for Washington's departure and Europe’s failure to honor their commitments.

On January 5, Iran took a fifth and last step in reducing its commitments and said it would no longer observe any operational limitations on its nuclear industry, whether concerning the capacity and level of uranium enrichment, the volume of stockpiled uranium or research and development. However, Iran has insisted if the European Union honors their obligations it will immediately reverse its decisions.

The latest tension will further complicate efforts by the deal's EU signatories -- the so-called E3 of France, Germany and Britain -- to keep the deal from collapsing. Trump has called for the E3 to follow his lead and leave the deal.