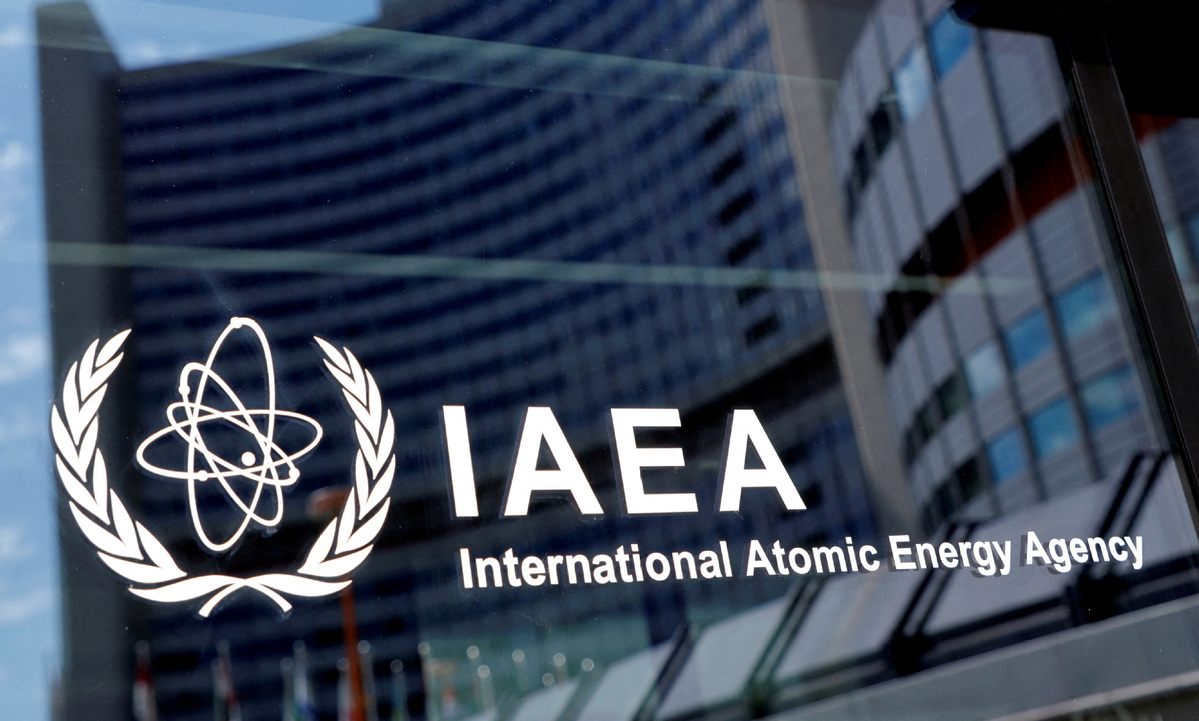 The logo of the International Atomic Energy Agency is seen at IAEA headquarters during a board of governors meeting in Vienna, Austria, June 7, 2021. (Photo: Agencies)

The report submitted on Monday by the chief of the International Atomic Energy Agency (IAEA) on the nuclear-powered submarine cooperation under AUKUS lacks proper legal basis, China's permanent mission to the United Nations in Vienna said on Tuesday.

The report, submitted by IAEA Director General Rafael Grossi to the agency's Board of Governors, overstepped its responsibility and competence to make misleading conclusions and has already constituted violations of the IAEA head's relevant responsibilities, said the mission.

In September 2021, the United States (US), the United Kingdom (UK) and Australia announced the establishment of AUKUS, under which the US and the UK will assist Australia in acquiring nuclear-powered submarines.

The Chinese mission said the IAEA report selectively cited the AUKUS countries' self-justifying statements while leaving out the international community's major concerns about the nuclear proliferation risks related to the trilateral deal. The report also ignored many countries' solemn positions that AUKUS violates the objective of the Treaty on the Non-Proliferation of Nuclear Weapons (NPT).

The IAEA chief cannot override the agency's member states and undertake activities without due mandates from the member states; cannot engage in nuclear proliferation or activities that advance military purposes; cannot be reduced to a political tool of the AUKUS countries and be used to make misleading conclusions; and cannot ignore the subordinate status of the IAEA comprehensive safeguards agreements vis-a-vis the NPT, said the mission.

Noting that the trilateral nuclear submarine cooperation is the first time in history that two nuclear-weapon states have openly proliferated nuclear weapons material to a non-nuclear-weapon state, the Chinese mission said the IAEA, as a non-proliferation agency, would directly violate its own statute and the NPT if it endorsed the legality of the AUKUS countries' proliferation activities.