Iceland elected into UN Human Rights Council after US withdrawal 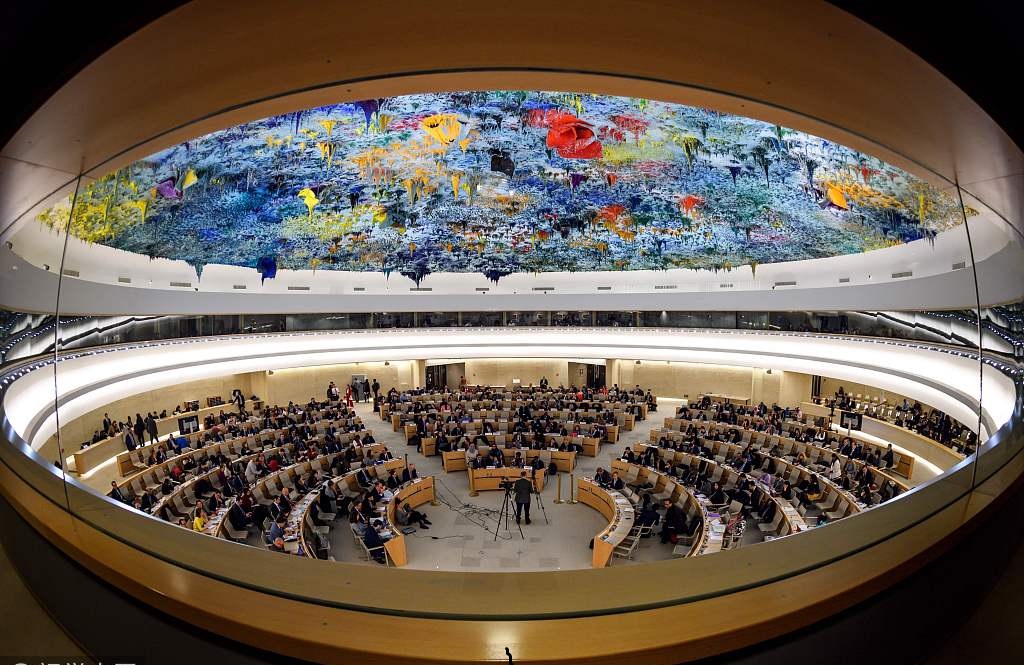 General view of the United Nations (UN) Human Rights Council during the presentation of report by the Commission of Inquiry on Syria, on March 13, 2018 in Geneva. (Photo: VCG)

Iceland was elected a member of the UN Human Rights Council on Friday to fill the vacancy left by the United States, which withdrew from the Geneva-based body last month.

In a by-election at the UN General Assembly, Iceland won the support of 172 out of the 173 member states that cast their ballots. One vote went to France.

For election, a two-thirds majority, or 97 votes, is needed.

The members of the UN Human Rights Council are elected each year at the UN General Assembly for staggered three-year terms on a regional group basis. The United States was the first member to quit.