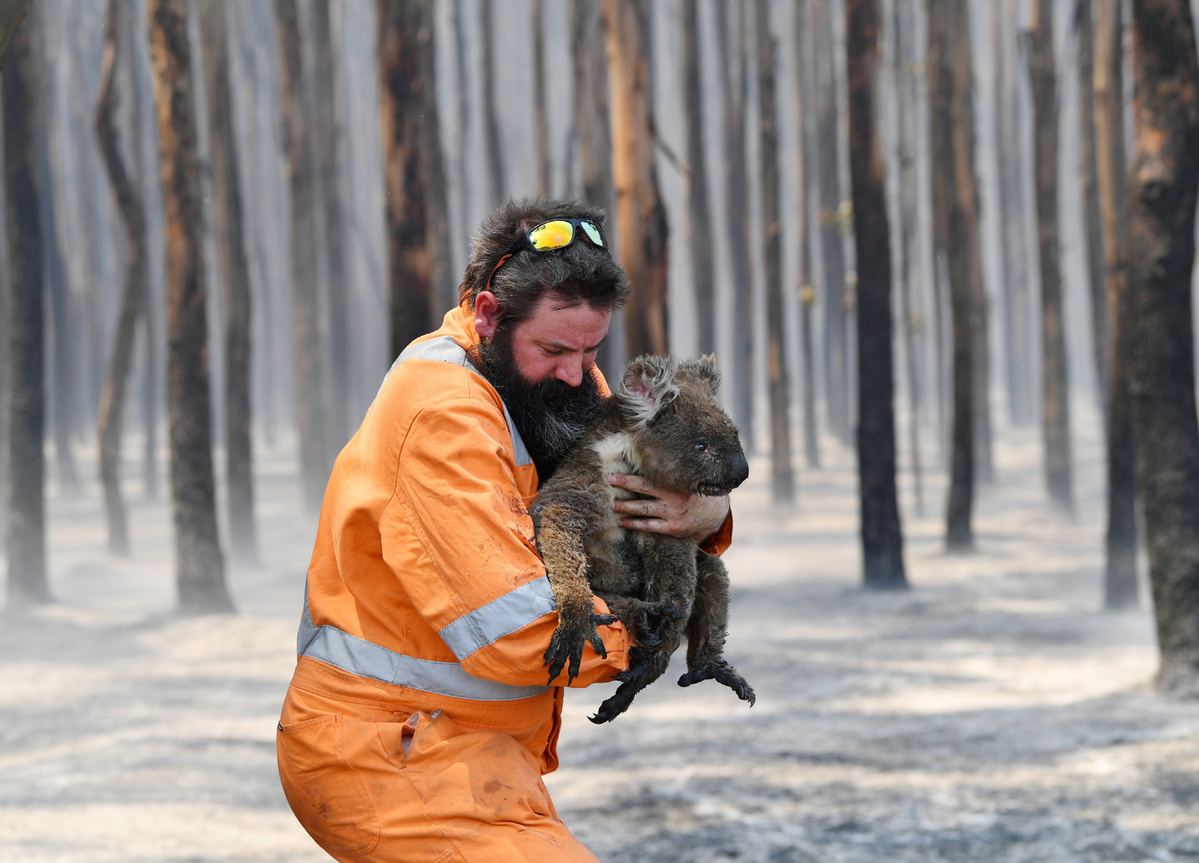 The Australian Koala Foundation (AKF) on Tuesday accused the federal government of significantly overestimating koala populations, saying there could be as few as 50,000 left in the wild.

Researchers from the University of Queensland (UQ) in 2016 estimated that there were 330,000 koalas in the wild.

However, populations across the country have since been decimated by habitat loss and bushfires.

According to the World Wide Fund for Nature (WWF) 60,000 koalas were impacted in the 2019-20 "Black Summer" bushfires alone.

Bill Ellis, a researcher at UQ's School of Agriculture and Food Sciences, has been studying koala populations since the 1990s.

He said the marsupials are facing extinction for the second time in history after nearly being wiped out by the fur trade.

"It's not just the bushfires, there's also drought and habitat clearing," Ellis told the ABC.

"One hundred years ago, the fur trade nearly wiped out the species. If the fur trade did continue, koalas would have vanished, because we know that in some areas where they were wiped out, they never came back."