WORLD Iconic British retailer to close half its stores

Iconic British retailer to close half its stores 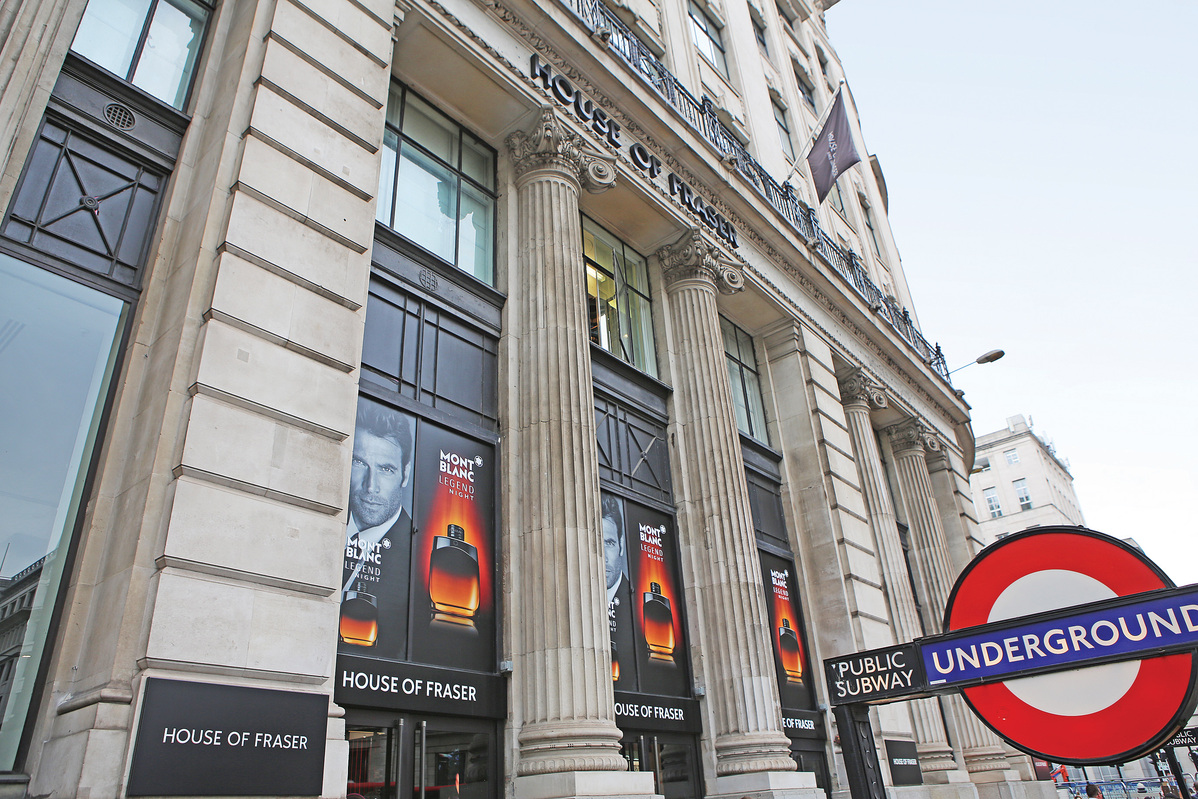 The huge House of Fraser on King William Street in Central London is one of those that will close. (Photo: China Daily)

The British heritage department store House of Fraser, which is majority-owned by a Chinese company, announced on Thursday it will close 31 of its 59 branches in the United Kingdom.

The move comes amid the retail chain’s continuing struggle to draw customers back to its brick-and-mortar stores and follows private, Nanjing-based company Sanpower Group paying 480 million pounds ($640 million) for an 89 percent stake in 2014.

The 169-year-old House of Fraser was once an iconic department store in Britain but has faced financial difficulties in recent years because of the UK’s poor retail environment, and the fact that many consumers favor shopping online.

Frank Slevin, House of Fraser’s chairman, said facing up to the need for closures was “a very difficult decision” but said “it is absolutely necessary if we are to continue to trade and be competitive”.

The stores scheduled for closure, which include the flagship outlet on London’s Oxford Street, will remain open until early 2019. The 6,000 jobs that will be lost include 2,000 House of Fraser employees and an additional 4,000 workers employed by retail brands that sell their products from within House of Fraser branches.

Sanpower had high hopes for House of Fraser when it bought the company. Sanpower’s chairman, Yuan Yafei, said in 2014 he hoped to open 50 stores in China under the House of Fraser brand, and additional ones in Russia and the Middle East.

After many delays, a single Chinese House of Fraser store was launched, in Nanjing in late 2016.

In March this year, Yuan expressed frustration about House of Fraser’s financial difficulties when he met the UK’s trade secretary, Liam Fox, in Hong Kong at a British government-sponsored trade show.

In April, Sanpower announced it had reached an agreement to sell a 51 percent stake in House of Fraser to the Chinese company C.banner, although the timing and price paid has not been disclosed.

C.banner, which is also a private Nanjing-based company, specializes in footwear. In the UK, it is best known for buying the British toy store Hamleys, for about 100 million pounds in 2015.

The other 11 percent stake in House of Fraser is held by Mike Ashley, the founder and chief executive of Britain’s Sports Direct.

Sanpower Group was founded in 1993 and has grown into a conglomerate spanning the consumer market, healthcare, and finance. The company currently employs 5,000 people directly and a further 12,500 people work in fashion brand concessions, including French Connection, Phase Eight, and Ted Baker.

Patrick O’Brien, an analyst at GlobalData, said the restructuring at House of Fraser “seemed inevitable for some time” but said it could save the business.

“If it can get more realistic rents and get rid of weaker stores, and, with investment in own ranges and the store environment, it has every chance of a viable future,” The Guardian quoted him as saying.