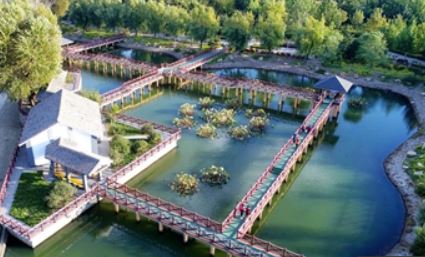 SYDNEY (Xinhua) -- The Chinese Garden of Friendship in New South Wales state capital Sydney is being listed as a heritage site, amid celebrations marking the 30th anniversary of the iconic venue, according to authorities.

"The Garden turns 30 this year, and what better way to mark this magnificent event than to recognize something that is both a symbol of international understanding and a welcome retreat from the hustle and bustle of the city," said the state's Heritage Minister Gabrielle Upton in a statement on Sunday.

The garden at Sydney's popular Darling Harbour was the first Cantonese-style one in the state, developed cooperatively between the city's Chinese communities and experts in China's Guangdong Province, said Upton.

"It's the blending of southern or Cantonese design and elements from Guangdong with building and plant materials from Australia which produces a historically unique garden here in the heart of Sydney," she said.

Garden attractions include a collection of miniature penjing landscapes, cultivated in Sydney and showcasing indigenous plant species such as the Port Jackson fig. Architectural features such as timber tracery screens and pavilions.

The garden has been the site of many cultural exchanges between Australia and China. The ongoing popularity of the garden was a source of pride for the local Chinese community, said the state's Minister for Finance, Services and Property Victor Dominello.