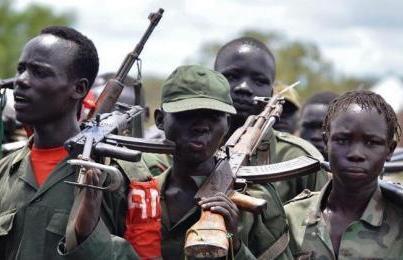 Wolde-Gabriel Saugeron, head of ICRC's sub-delegation in Bor, Jonglei state said that violence and natural calamities have uprooted thousands of people from their homes and left entire areas without access to medical care.

Saugeron said the international relief official expressed fears that those living in remote areas are at grave risk of malnutrition and disease, as some areas are impossible to reach due to flooding.

"After weeks of armed violence, the scale of the humanitarian impact on communities is emerging," he said in a statement issued in Juba.

"Our teams started to carry out assessments in places we can safely access, but heavy rains and flooding made some areas very difficult to reach by land or air. We are deeply worried for the sick and injured who are going without care," he added.

ICRC said 86 patients who suffered from gunshot wounds since June have been taken care of despite limitations occasioned by the COVID-19 pandemic.

"Many are relying on humanitarian assistance to feed their families and do not have enough money to purchase food at the market," said Saugeron.

Most of them were women, children, and the elderly who fled attacks in Twic East, Duk and South Bor areas of Jonglei state and sought shelter in public spaces such as churches and schools in the state capital Bor.

Last week, South Sudanese President Salva Kiir declared a state of emergency in Jonglei state and the Pibor Administrative Area after flooding displaced 150,000 people in the eastern part of the country that has been ravaged by inter-communal conflicts over the years.

The UN has warned that 60,000 people in South Sudan were staring at hunger due to inter-communal violence in Jonglei and Pibor regions.

At least 6.5 million people, or more than half of the country's population, are already facing severe acute food insecurity and in need of humanitarian assistance, according to the UN.