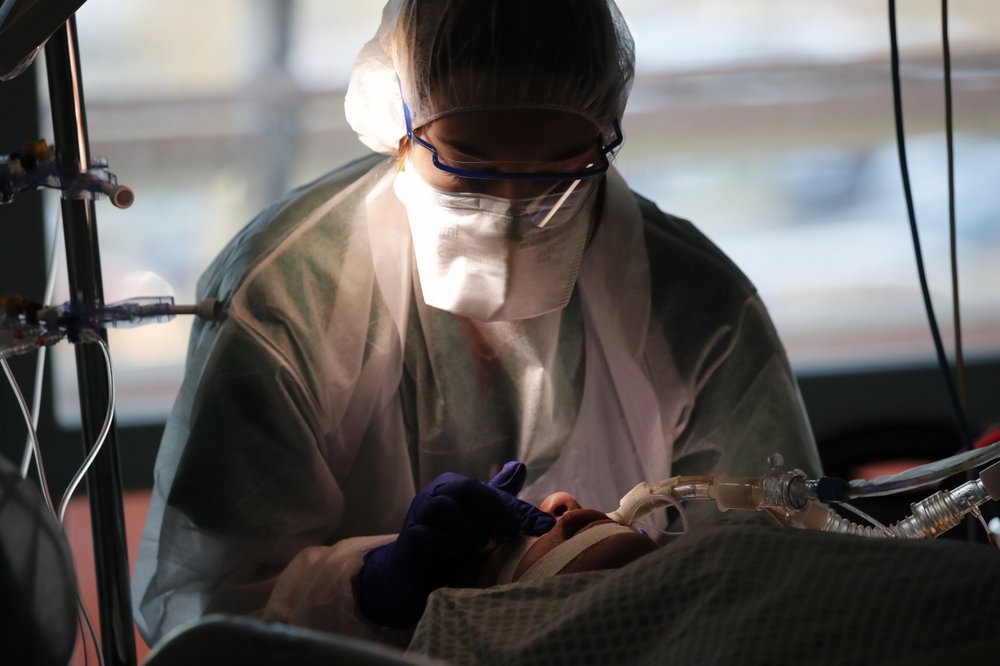 France’s health minister warned Monday that the number of COVID-19 patients in the country’s intensive care units could reach levels seen during the first crisis a year ago.

France’s hospitals have already surpassed the number of virus ICU patients seen during the second surge in November, and Olivier Veran said on TF1 television that “it’s possible we could approach” the ICU saturation levels of April 2020.

Even if infections subside, hospitalizations will continue to grow for another two or three weeks, he said. Still, he sought to remain optimistic, insisting, “We will manage.”

Internal projections by the Paris public hospitals authority last week suggested that ICUs in the region of 12 million people may soon have to find space for more critically ill patients than ever.

After long resisting calls for a new lockdown despite the pressure on hospitals, the French government closed schools and shuttered all non-essential stores nationwide and imposed travel restrictions for four weeks.

France has reported more virus infections than any European country, and among the world’s highest death tolls, at 96,650.