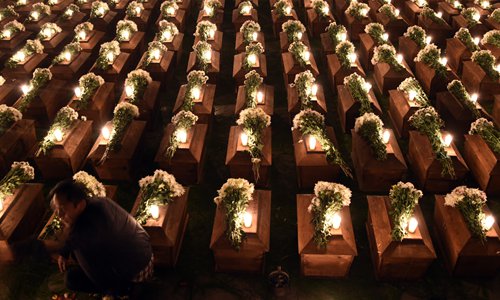 Some of the 172 urns containing the remains of victims of the Guatemalan armed conflict (1960-96) are lined up in San Juan Comalapa municipality, Chimaltenango, west of Guatemala City on Thursday. The urns were transported from the Foundation of Forensic Anthropology of Guatemala, where scientific analysis was carried out and 48 victims were identified. (Photo: AFP)