WORLD If China wants coal, the US has got coal

If China wants coal, the US has got coal 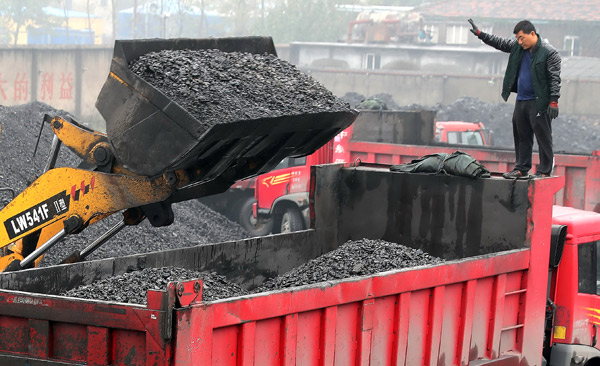 A heavy-duty lorry receives a load of coal at a yard in Huaibei, East China's Anhui province. [Photo provided to China Daily]

The coal industry and the state of West Virginia have plenty to sell to China if the country wants to increase US imports to help reduce US trade deficits with China.

In the joint China-US statement released on May 19 in Washington, both countries agreed to take steps to reduce the US trade deficit in goods, with China significantly increasing purchases of US goods, including agricultural and energy products and services.

Qingyun Sun, associate director of the US-China Energy Center at West Virginia University and a governor's assistant for China affairs in West Virginia, said in an interview that there is plenty of capacity in his state and the US to substantially increase American exports.

"Our coal production decreased due to the market shrinking. We have the capacity for steam coal (used in power generation) and metallurgical coal (used in steel making)," Sun said in an interview.

Bill Raney, president of the West Virginia Coal Association, agreed with Sun that there is ample capacity to ramp up exports.

"West Virginia exports more coal than any other state and currently accounts for about half the coal exported from the US," Raney said in an email.

"Right now the majority of our coal is exported to India, Japan, (South) Korea and China," said Sun.

"Coal exports in the US are surging in part because China has been shutting down its less efficient coal mines," Marc Scribner, senior fellow at the Competitive Enterprise Institute, told Fox Business in March.

Sun said coal still represents a major sector in West Virginia's economy. An increase in American coal imports by China would be beneficial to coal-producing states that voted for US President Donald Trump in the 2016 election amid his promises to revive the struggling industry.