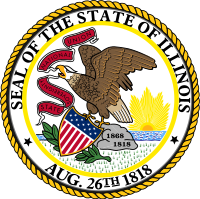 An Illinois law expanding state-funded coverage of abortions for low-income Medicaid recipients was set to go into effect next month after an Illinois judge on Thursday dismissed a lawsuit by abortion opponents seeking to block it.

“We respectfully disagree with the court’s ruling and will seek an immediate appeal,” Breen, who is also a Republican state lawmaker, said in a statement.

The suit had sought to block state funding for the law, arguing that the state failed specifically to set aside up to $30 million in the budget to pay for abortions. The lawsuit also argued that the law could not take effect until June 2018, instead of January, because of when it was approved.

Breen argued the state should not be required to pay for up to 30,000 abortions a year.

The American Civil Liberties Union of Illinois supported the law, saying it would keep women from being denied abortion coverage just because they were on Medicaid or worked for the state. Medicaid is a government healthcare program for the poor and disabled.

About 15 other states allow Medicaid to pay for abortion, including some required by courts, according to the Kaiser Family Foundation. Illinois was the first state in decades to voluntarily lift a restriction on such services.

The law comes as some other U.S. states have sought in recent years to tighten regulations on abortion clinics and forced closures in Texas and Kentucky.