WASHINGTON, May 3 (Xinhua) -- Managing Director of the International Monetary Fund (IMF) Christine Lagarde on Friday urged countries to get real on meeting the commitment of Paris Agreement on climate change, highlighting the need for effective carbon pricing. 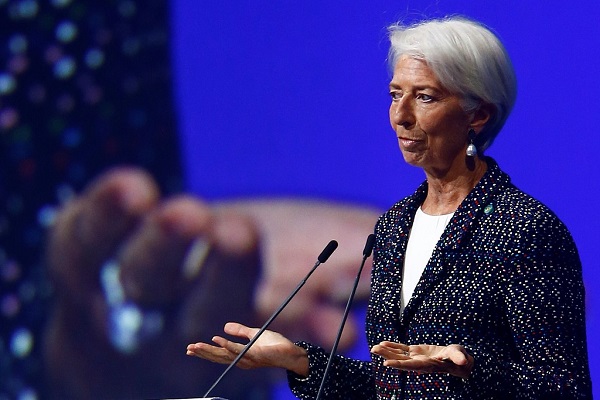 At a panel discussion held by the Center for Global Development, Lagarde said that global warming is an "existential threat," and called on countries not to waste the "small window of opportunity" to take the measures needed to combat the problem.

The IMF chief said that carbon pricing, charging for the carbon content of fossil fuels or their emissions, is "the most effective mitigation instrument" for climate change, and it provides incentives to reduce energy consumption, use cleaner fuels, mobilize private finance and provide revenues to support sustainable and inclusive growth.

In 2015, nearly 200 countries agreed on the landmark Paris Agreement on climate change, to cut greenhouse gas emissions in a way to keep a global temperature rise this century well below 2 degrees Celsius above pre-industrial levels. US President Donald Trump announced his decision to withdraw from the agreement in 2017, prompting a strong backlash domestically and abroad.

Noting that carbon pricing can be politically difficult, the IMF chief encouraged countries to gradually phase in carbon pricing, and smartly communicate policies.

Another panelist, Ngozi Okonjo-Iweala, former finance minister of Nigeria, also stressed the importance of communicating with the people.

Okonjo-Iweala, who is also a distinguished visiting fellow at the Center for Global Development, said that governments should explain policies clearly so that people at the bottom end of the ladder understand that they are not going to get hurt, and resources will be used for their benefit.

"It is difficult to understate the urgency of this task as the window for containing global warming to manageable levels is closing rapidly," Lagarde said in a blog that she co-authored. "Action is required by everyone, every institution, every country. Everyone can make a difference!"