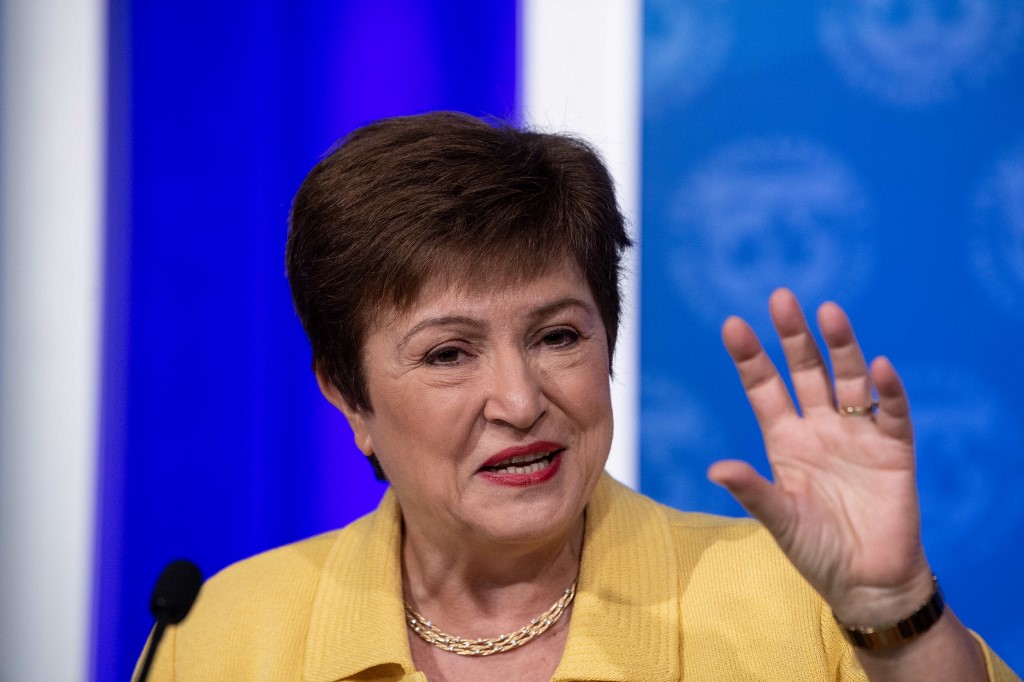 The International Monetary Fund (IMF) Managing Director Kristalina Georgieva on Saturday called on the Group of Twenty (G20) countries to prepare for and support "transformational change," noting that further policy action will be needed to secure a resilient recovery.

"Policies need to prepare for and support transformational change, as some sectors may permanently shrink, while others -- such as digital services -- will expand," Georgieva made the remarks at the virtual meeting of the G20 Finance Ministers and Central Bank Governors, chaired by Saudi Arabia.

"Adapting to change in an inclusive manner will require adequate social protection, and training and job search assistance to workers," said the IMF chief.

Georgieva noted that while there remains great uncertainty on the global economic outlook, the unprecedented actions taken by the G20 countries and others "have helped to avert a much worse outcome."

"As we enter the next phase of the crisis, further policy action will be required, as well as increased international cooperation," she said.

The IMF managing director stressed the importance of the public health response, calling it "the main priority" to protect people, jobs, and economic activity.

"Across the world, countries have implemented exceptional measures to support individuals and workers. These lifelines should be maintained as needed and, in some cases, expanded," she said.

Georgieva noted that supportive fiscal and monetary policies will need to continue "until we can secure a safe and durable exit from the crisis," adding that "premature withdrawal" of this support could derail the recovery and incur larger costs.

The IMF chief also highlighted the need to unite to help the poorest and most vulnerable economies, especially those struggling with high debt or dependent on hard-hit sectors.

Noting that the G20's Debt Service Suspension Initiative (DSSI) has been "commendable," Georgieva voiced hope that consideration will be given to extending it.

"In addition, to make it even more effective, greater private sector participation, and greater debt transparency, should be strongly promoted," Georgieva said.

Beyond the DSSI, there is a need to fill gaps in the international debt architecture and think about more comprehensive debt relief for many countries, she said. "We stand ready to support these efforts."

At the virtual meeting, World Bank Group President David Malpass also urged the G20 countries to extend the time frame of the DSSI through the end of 2021 and commit to give the initiative as broad a scope as possible.