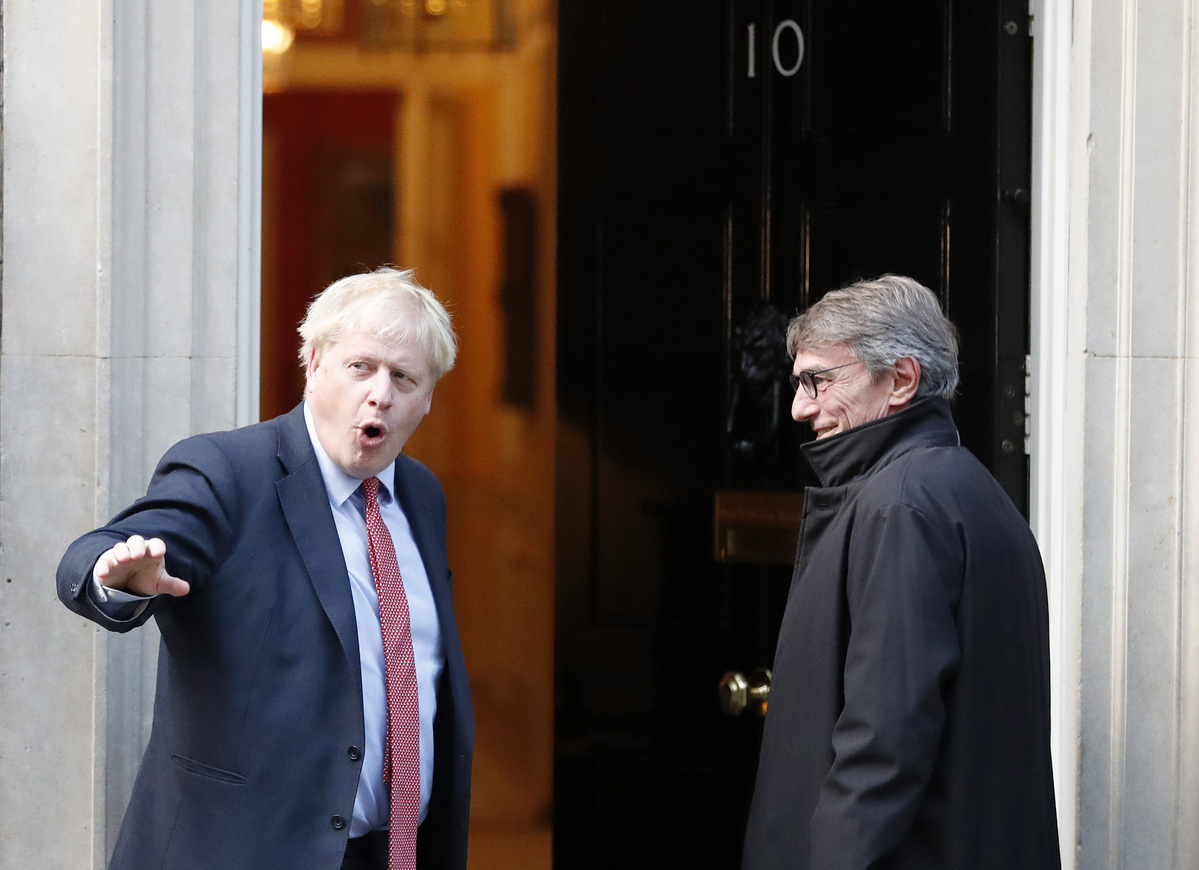 Britain's departure from EU, in any form, will worsen global slowdown

The new head of the International Monetary Fund has warned that Britain's exit from the European Union in whatever form will be "painful", and will add to the effects of an unfolding global economic slowdown.

In her first speech since taking the head role with the global crisis lender on Oct 1, Georgieva said trade tensions had "substantially weakened" manufacturing and investment activity worldwide.

"There is a serious risk that services and consumption could soon be affected," she said.

Based on new research to be unveiled during the IMF and World Bank annual meetings next week in Washington, she said the cumulative effect of trade conflicts could mean a $700 billion reduction in global GDP output by 2020, or around 0.8 percent.

"In 2019, we expect slower growth in nearly 90 percent of the world. The global economy is now in a synchronized slowdown. This means that growth this year will fall to its lowest rate since the beginning of the decade," Georgieva said.

She added that before the United States-China trade war started two years ago, countries representing nearly 75 percent of the world's output were seeing accelerating growth.

She warned that fractures in trade could lead to changes that last a generation, including "broken supply chains, siloed trade sectors, a 'digital Berlin Wall' that forces countries to choose between technology systems". She concluded that a modernized trading system would unlock the potential of services and e-commerce.

Brexit talks between the United Kingdom and the EU appeared to be on the brink of collapse earlier this week, with Downing Street saying that German Chancellor Angela Merkel was making a deal impossible and Brussels accusing British Prime Minister Boris Johnson of trying to play a "stupid blame game".

After Johnson and Merkel had a phone conversation, the UK side said Merkel's demands for Northern Ireland to remain in a customs union made a deal look "essentially impossible, not just now but ever".

The British government officially insists that it is still focused on getting a deal with the EU, with preliminary talks continuing about Johnson's new Brexit proposals.

Irish Prime Minister Leo Varadkar offered a bleak assessment of the talks, warning that it will be "very difficult" for the UK and the EU to reach a Brexit agreement before the Oct 31 deadline.

He said big gaps remain between the UK and the EU on key issues, and though he promised to work until the very last moment to secure a deal it would not come "at any cost". He accused the UK of putting half of the deal negotiated by then prime minister Theresa May back on the table and claiming that it was a concession.

Varadkar identified the two key differences between the sides: on how democratic consent from the people of Northern Ireland to any new deal would be given, and on customs arrangements, where the Irish side does not want any checks, tariffs or quotas on trade between the north and south of the island.

But prospects of a deal have not completely dissipated, as Johnson and Varadkar are expected to meet for talks this week.

In an interview with French newspaper Les Echos, Jean-Claude Juncker, the president of the European Commission, said he did not accept that the EU was to blame for the failure of the negotiations. If the talks do fail, he said, it would be the fault of the UK.