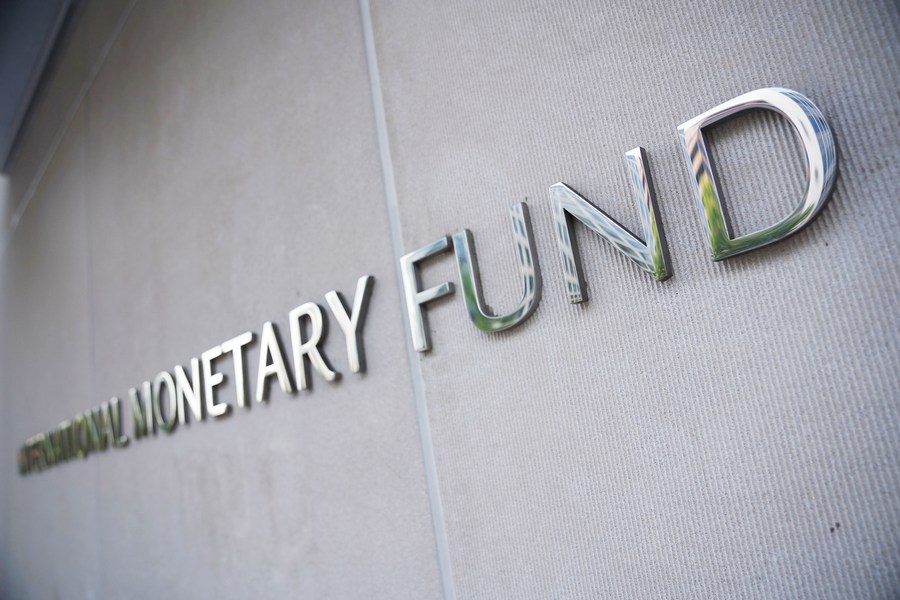 "In China, just as in many other countries, we have seen the pandemic accelerating ongoing trends of sales migrating online and more opportunities working from home," Helge Berger, the IMF's China mission chief and assistant director in the Asia and Pacific Department, told Xinhua in a written interview.

"This has mitigated some of the economic impact of the pandemic. Digital technologies have also been used to make policy support to vulnerable households and firms more effective," Berger said, adding that digitalization has been a helpful development during this difficult crisis.

China is stepping up efforts to develop the digital economy and increase investments in "new infrastructure" such as 5G networks and data centers, which is expected to bring new driving forces for the economic recovery from the pandemic.

"Following the large investment efforts of past decades, China faces diminishing returns from traditional infrastructure investment. However, there is ample scope for green investment and smart infrastructure," Berger said, noting these are areas where public investment can do the most to "ensure a balanced recovery."

Public investment in climate-resilient infrastructure would also support job creation and raise incomes while increasing economic and environmental resiliency, which would help with China's transition to a lower-carbon future, said the IMF official.

"In addition, government support for basic research and development, if prudently deployed to limit interfering with markets, can help foster innovation and boost productivity," Berger said, adding that along with other reforms, these policies can help sustain the transition to high-quality growth started before the crisis.

China's economy is projected to expand by 7.9 percent in 2021 following a 1.9-percent growth in 2020, as economic activity continues to normalize and domestic COVID-19 outbreaks remain under control, the IMF said in a report last week after the annual Article IV review of the Chinese economy.

"Strong containment efforts and macroeconomic and financial policy support have mitigated the crisis' impact and helped the economy rebound. However, growth is still unbalanced as the recovery in private consumption has proceeded at a slower pace," Berger said, underscoring it is important to avoid withdrawing policy support prematurely.

Meanwhile, it is critical that structural reforms sustain the recovery into the medium term, Berger noted, citing a further opening up of domestic markets, reforming state-owned enterprises, and ensuring competitive neutrality with private firms.

China has also vowed to enhance demand-side management and expand domestic demand by tapping the potential in new consumption models in 2021.

Berger suggested that a shift from traditional infrastructure spending to household support would help boost consumption. It's also in line with the aims of the "dual circulation" strategy, in which domestic and overseas markets reinforce each other with the domestic market being the mainstay.

Berger said "reforms to ensure that there is a reliable and effective social safety system that targets transfers to low-income households during economic downturns" would be helpful, adding that it would make growth "more resilient" by reducing the high household-saving rate and reinvigorating economic rebalancing towards private consumption.

The Chinese leadership has on many occasions stressed that the "dual circulation" is by no means a closed domestic loop and reaffirmed that China will continue to open up to the world at a higher level.

China has recently signed the Regional Comprehensive Economic Partnership (RCEP) agreement with other Asia-Pacific countries and completed investment agreement negotiations with the European Union (EU), demonstrating its support for openness, cooperation and multilateralism.

"While it is too early to comment on the investment agreement with the EU, we certainly welcome both parties' commitment to facilitating investment and opening up markets," Berger said, adding that RCEP's successful implementation would improve economic integration, providing a boost to trade in the region.

"At the same time, as we have said in the past, it remains important for all countries to continue their efforts to seek multilateral solutions -- including through WTO reforms -- towards open, stable, and transparent rules-based trade," he said.