IMF warns of trade tensions, financial risks as it upgrades US growth forecast 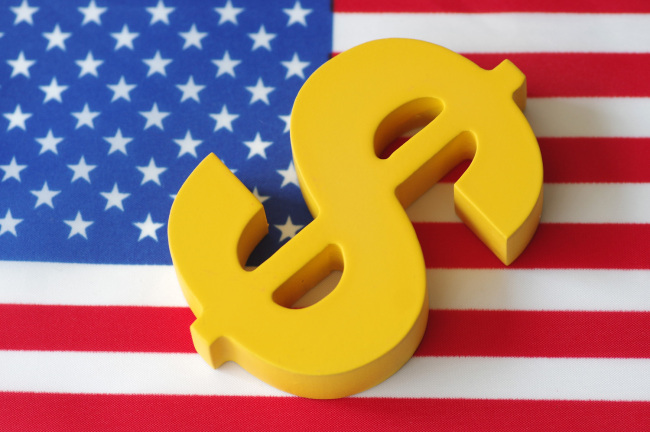 The International Monetary Fund (IMF) on Thursday upgraded the US economic growth forecast in 2019 to 2.6 percent, while warning of further escalation in trade tensions and rising risks to its financial stability.

Real gross domestic product (GDP) is expected to grow at an annual rate of 2.6 percent this year, before moderating to 1.9 percent in 2020, the IMF said in a concluding statement that describes the preliminary findings of its annual Article IV consultation to review the US economy.

The estimation, however, only considered the tariffs that have been put in place, which means, if the United States implements all proposed additional tariffs on its trading partners, its GDP growth projection could be lowered.

Earlier this week, the World Bank, in its newly released semi-annual Global Economic Prospects report, said the US growth is forecast to ease to 2.5 percent this year, and decelerate to 1.7 percent in 2020.

Despite a positive near-term outlook for the US economy, the IMF said a deepening of ongoing trade disputes or an abrupt reversal of the recent ebullient financial market conditions represent "material risks" to the US economy, with concomitant negative outward spillovers.

Rising import tariffs and other steps taken by the Trump administration are "undermining the global trading system," increasing restrictions on trade in goods and services, and catalyzing a cycle of retaliatory trade responses, the IMF said.

"Tariff measures are likely to be ineffective at containing bilateral trade deficits and will be damaging to the US and to global macroeconomic outturns," it continued.

The proposed tariffs on all imported Mexican goods, in particular, would have a negative economic effect on both countries, and in sectors such as automobiles and agriculture, the effects can be quite "pronounced," Nigel Chalk, deputy director in the IMF's Western Hemisphere Department, said at a press conference Thursday.

Citing the IMF's estimate, IMF Managing Director Christine Lagarde said Wednesday in a blog post that the existing tariffs that Washington and Beijing have imposed on each other's goods since 2018 combined with the "envisaged" tariffs of 25 percent on roughly 267 billion US dollars in Chinese products that the United States has threatened to levy would reduce global GDP by 0.5 percent in 2020.

The trade tensions between the United States and its trading partners "represent a threat to the global outlook" and "create important negative spillovers" to other countries, Lagarde said at the press conference Thursday.

It is "especially important" that the trade tensions between the United States and its trading partners including China and Mexico are quickly resolved through "a comprehensive agreement" that results in a stronger and more integrated international trading system, said the IMF chief.

"In particular, a sudden tightening of financial conditions could interact adversely with the high levels of corporate and public debt, and create a feedback loop that would also weigh on real activity and job creation," she said, "This is something to watch out for."

The IMF chief added that such a shift in financial conditions would also have negative outward spillovers for corporates, sovereigns and financial institutions in other countries, particularly those with significant leverage or rollover needs in US dollars.

In the statement, the IMF also warned that the US public debt is on an "unsustainable" path, saying that policy adjustments are needed to lower the fiscal deficit and to put public debt on a gradual downward path over the medium term.

Based on the budget proposal for fiscal year 2020 that President Donald Trump sent to Congress in March, the deficit is expected to reach about 1 trillion US dollars for fiscal year 2020, the Congressional Budget Office (CBO) estimated in May, noting that federal debt held by the public would equal 87 percent of GDP in 2029 under the president's budget, compared with 78 percent in 2019.

"Any successful package will likely require steps to address the expected increases in entitlement spending on health and social security, to raise indirect taxes, and to institute a federal carbon tax," Lagarde said.

Even though there are a lot of positives in the macroeconomic outcomes, Lagarde pointed out the IMF's concern that "the benefits from this decade-long expansion have, in general, not been shared as widely as they could have been."

"Average life expectancy has trended downward in recent years, income and wealth polarization have increased, social mobility has steadily eroded, education and health outcomes are suboptimal, and while the poverty rate is falling, it remains higher than in other advanced economies," said the IMF managing director.