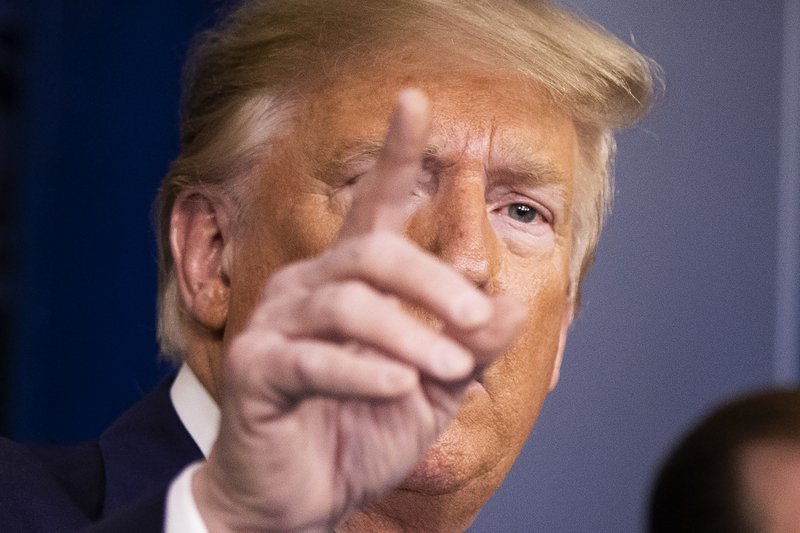 President Donald Trump speaks during a news conference in the Brady press briefing room of the White House in Washington on Feb. 26, 2020. (Photo: AP)

Do Americans trust anyone or anything in public life these days?

Even after impeachment, ahead of the elections and amid the coronavirus, some do, according to a new survey. President Donald Trump appears unharmed by his impeachment and subsequent Senate acquittal — in fact he received some of the highest marks of his presidency in the new poll from The Associated Press-NORC Center for Public Affairs Research, though ratings remain more negative than positive. People don’t even despise Congress quite as deeply as they once did, though a large majority still disapprove.

And a slim majority have great confidence in people running the US military.

So when it comes to public trust of the institutions that hold society together, it could be worse — and has been. Still, few Americans have high trust in many of the pillars of the US establishment, giving middling to low ratings to leaders in government, elections, religion, financial institutions and yes, the media.

“When you’re younger, you assume that they’re all going to run things with a certain amount of responsibility,” said Seth Mathews, 29, a sailboat deckhand and educator from Three Rivers, Michigan. He recalls watching a House session with some friends just after graduating college.

“It was bickering old guys, and (I) was like, ‘How do they run a country like this?’” he said. “It was disappointing.”

All is not lost when it comes to public trust, the poll found.

A slim majority — 54% — said they have a great deal of confidence in the military, and another 38% said they have some confidence. But even on this, there were deep political and generational divides. About 7 in 10 Republicans and adults 60 and older said they have high confidence, compared to about 4 in 10 Democrats and those younger than 30.

The poll also found that Trump’s impeachment — and his Feb. 5 Senate acquittal — did not dent his approval ratings. The survey showed that 43% of Americans approve of how he is handling his job as president, with 56% disapproving. Although still in negative territory, that’s among the best tallies for Trump in AP-NORC polls conducted over the course of his presidency.

Trump’s approval has stayed within a narrow, roughly 10-point band in most polls. That’s far less variation than existed for previous presidents since the 1940s, according to polling by Gallup.

As for Congress, with the House controlled by Democrats and the Senate by Republicans, just 20% of Americans approve of the job it’s doing. That’s down slightly from 27% in October. But it’s still somewhat better than it was at this point in 2018, when just 14% said they approved.

Its leaders are viewed more negatively than positively by Americans, the poll found. House Speaker Nancy Pelosi, who led the proceedings that made Trump only the third impeached president in history, is viewed positively by 37% and negatively by 45%. Senate Majority Leader Mitch McConnell, who led his acquittal Feb. 5 but is less well-known than Pelosi, is viewed well by 21% of Americans and poorly by 39%. About 4 in 10 said they don’t know him well enough to say.

Just about 1 in 10 said they had a great deal of confidence in Congress in general, with roughly another half saying they had some confidence.

The Supreme Court did comparatively well than other branches of government: 28% of Americans said they have high confidence in the high court, while another 58% have some.

As for the media: Just 14% have high confidence in the press. But that’s an improvement from four years ago. In 2016, just 6% said the same. Now, another 43% say they have some confidence and 44% hardly any.

In perhaps the poll’s least-surprising finding: Opinions of the press varied widely by party. A quarter of Democrats have high confidence in the press, compared with 4% of Republicans.

Seven in 10 Republicans but just about 2 in 10 Democrats, say they have hardly any confidence in the press, the poll found.