WORLD Impeachment hearings wrap up for the week

Impeachment hearings wrap up for the week 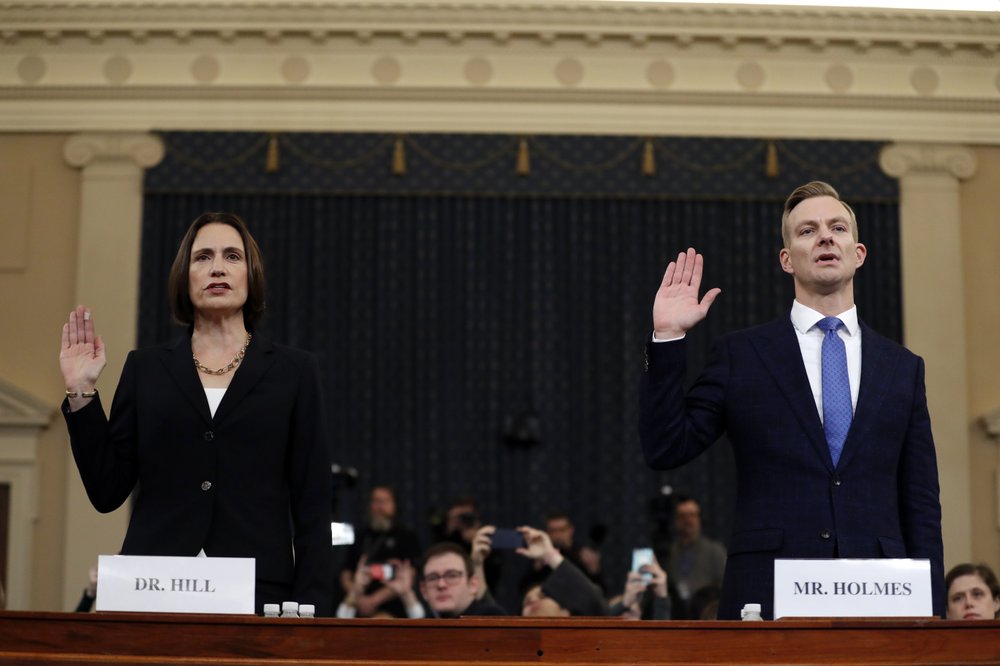 Former White House national security aide Fiona Hill, left, and David Holmes, a US diplomat in Ukraine, are sworn in to testify before the House Intelligence Committee on Capitol Hill in Washington, Thursday, Nov. 21, 2019, during a public impeachment hearing of President Donald Trump's efforts to tie US aid for Ukraine to investigations of his political opponents. (Photo: AP)

Democrats and Republicans on the House Intelligence Committee have made their closing arguments as they end the final impeachment hearing of the week — and perhaps the final hearing before they hand the probe over to the House Judiciary Committee.

House Intelligence Committee Chairman Adam Schiff laid out what the committee has learned over the course of seven hearings on President Donald Trump’s dealings with Ukraine. Schiff said the president believes “he is above the law” and “beyond accountability” as he pushed Ukraine to investigate Democrats and withheld military aid.

He said Democrats will have to examine “what is our duty” as they decide on next steps.

The top Republican on the panel, California Rep. Devin Nunes, called the hearings “a show trial” and said they had a pre-determined verdict.