President Donald Trump's impeachment trial heads toward a historic conclusion this week, with senators all-but-certain to acquit him on charges of abuse of power and obstruction of Congress after narrowly rejecting Democratic demands to summon witnesses. 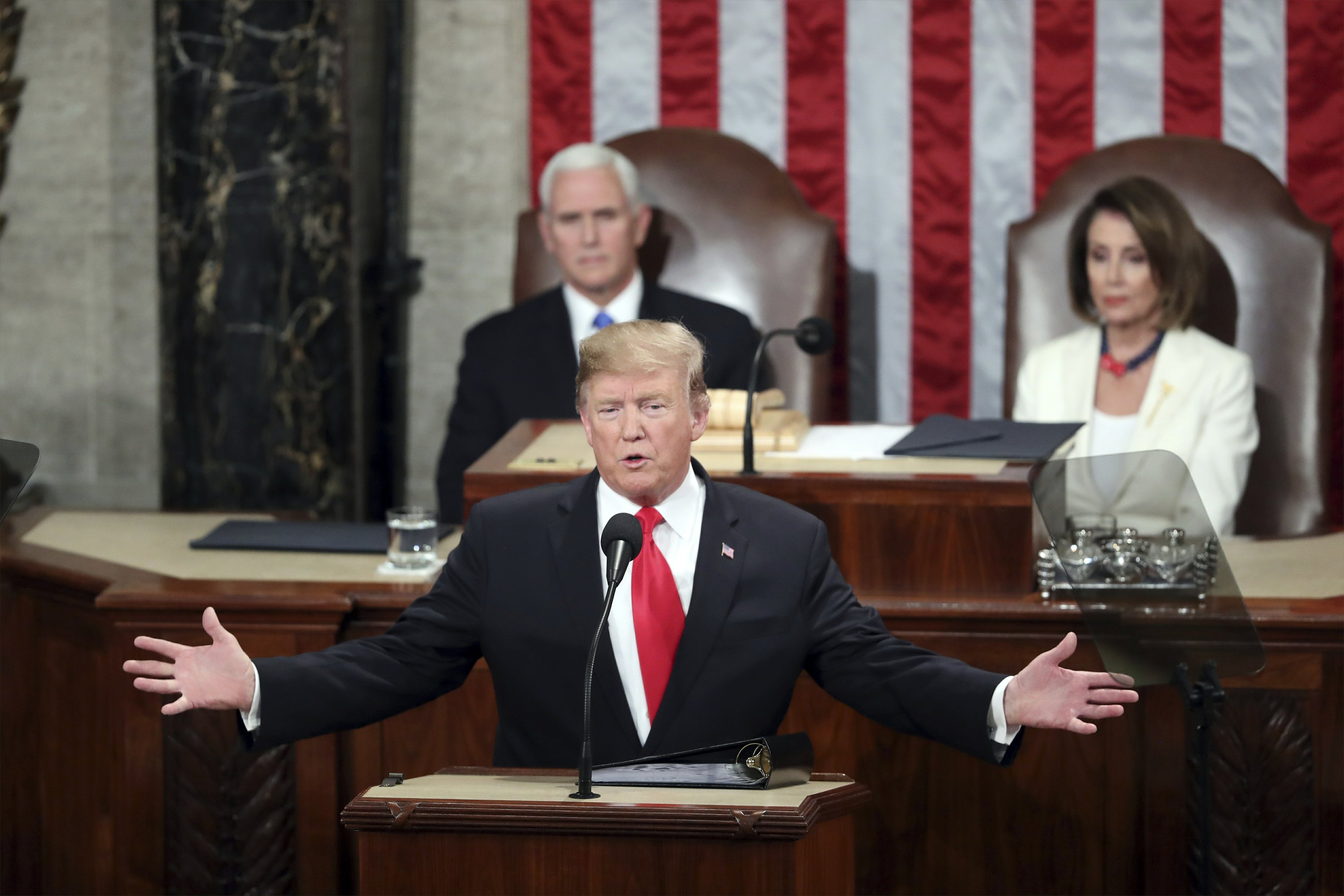 There's still plenty of drama to unfold before Wednesday's vote.

The vote is expected to cap a months-long investigation spurred by a whistleblower complaint that Trump improperly withheld U.S. military aid from Ukraine in a bid to pressure it to launch investigations into 2020 Democratic rival Joe Biden.

In the Senate, Republicans hold a 53-47 advantage and there's nowhere near the two-thirds needed for conviction and removal. On Friday, Republicans blocked consideration of new witnesses and documents, setting up the speedy acquittal vote for the coming week.

It will be a frenetic next few days.

On Monday, House impeachment managers and Trump's defense team return to the Senate floor to make closing arguments in the trial, the same day the 2020 presidential election kicks off with the first votes cast in the Iowa caucuses.

On Tuesday, Trump will deliver his State of the Union address.

Will some Democratic senators join Republicans to acquit Trump, allowing him to claim a bipartisan "exoneration"? Will Trump gloat or express any regret over the Ukraine matter after key GOP senators during the trial criticized his actions as improper, but ultimately not impeachable? Will Wednesday's Senate vote be the final say in the matter?

What to watch as the third impeachment trial in U.S. history heads to a close:

The trial resumes at 11 a.m. EST Monday for closing arguments by the two legal teams, with each side getting two hours. After the arguments, the Senate goes back into normal session to allow lawmakers to give speeches about impeachment on the floor from late Monday into Wednesday, before they reconvene as the impeachment court at 4 p.m. Wednesday and vote.

With Trump's acquittal all but assured, one of the biggest questions may be whether any Democrats join with Republicans to clear him of charges. There is strong political significance.

Three Democratic senators hailing from states where Trump remains popular — Doug Jones of Alabama, Joe Manchin of West Virginia and Kyrsten Sinema of Arizona — remained quiet over the weekend about their intentions.

They were among the 47 Democratic and independent senators who voted unsuccessfully to extend Trump's trial by summoning additional witnesses.

If one or more of the Democratic senators votes to acquit Trump — even voting against one article of impeachment while supporting the other — it could alienate some Democratic voters, mark their legacies and let Trump spend his reelection campaign asserting that he was cleared by a bipartisan vote.

Manchin indicated to reporters Friday he probably won't decide his vote "until walking in" to the chamber on Wednesday.

Jones has said he will announce his decision prior to Wednesday's vote, making sure he gets it "right." Sinema hasn't indicated when she will signal her intentions.

WHAT WILL TRUMP SAY?

Trump gives his State of the Union address on Tuesday night, and with House Speaker Nancy Pelosi, D-Calif., perched behind him during his prime-time address, the White House has been coy as to whether Trump will reference the impeachment trial.

Trump "is gratified the Senate will set a schedule for his acquittal as quickly as possible. We do not believe that schedule interferes with his ability to deliver a strong, confident State of the Union," White House aide Eric Ueland said Friday.

A year ago, Trump made no direct reference to his shutdown of government spurred by a dispute with Democrats over border wall funding in the speech he eventually delivered to Congress. He used his address to call for a "new era of cooperation."

Still, there were plenty of subtle digs at the time, including when Trump warned those gathered against pursuing "foolish wars, politics, or ridiculous partisan investigations."

It's similarly unclear whether Trump could express regret or remorse over his Ukraine actions, though senators aren't holding their breath.

The vote to convict or acquit Trump is scheduled for 4 p.m. EST Wednesday.

Sen. Lamar Alexander of Tennessee was among several Republicans last Friday who voted to block additional witnesses and draw the trial to a close, even though he and others described Trump's actions as "inappropriate" and "wrong." Asked Sunday if he would want to hear Trump express regret, as President Bill Clinton did after his impeachment trial, Alexander said he doesn't need to hear it.

"What I hope he would do is when he makes his State of the Union address, that he puts this completely behind him, never mentions it, and talks about what he thinks he's done for the country and where we're headed," Alexander told NBC's "Meet the Press."

Alexander and other Republicans said that even if Trump committed offenses charged by the House, they are not impeachable — especially in an election year. They say voters should make that determination in November.

That leaves Trump's fate still hanging in the balance.

A NBC News/Wall Street Journal poll released Sunday found majorities of American voters believe that Trump abused his power and obstructed Congress, but split largely among party lines over whether he should be removed from office.

The poll, conducted Jan. 26-29, found 46% of registered voters believed Trump should be removed from office as a result of the trial, vs. 49% who said he should remain — basically unchanged from a 48-48 split in December.

An acquittal for Trump on Wednesday wouldn't mean the end of the Ukraine matter in other respects.

Both Pelosi and Democratic Rep. Adam Schiff, the lead impeachment manager, haven't ruled out the possibility of compelling former national security adviser John Bolton to testify in the House should Trump be acquitted.

In an unpublished manuscript, Bolton has written that the president asked him during an Oval Office meeting in early May to bolster his effort to get Ukraine to investigate Democrats, according to a person who read the passage and told The Associated Press; Trump denies that. Bolton also wrote that Trump said he wanted to maintain a freeze on military assistance to Ukraine until it aided the political investigations. His book is due out in March. Senators ultimately voted against hearing his testimony.

"This is in the Senate now," Pelosi told reporters last week. "We'll see what happens after that."

Republicans, for their part, aren't pledging to fully close the case, either. Sen. Lindsey Graham, R-S.C., the chairman of the Judiciary Committee, said he planned to call Joe Biden as part of the congressional oversight process into possible corruption in Ukraine.