WORLD Impending prosecution for death of Arbery; 'an important milestone'

Impending prosecution for death of Arbery; 'an important milestone'

US prosecutors charged three white men in Georgia on Wednesday with federal hate crimes and attempted kidnapping in 2020's slaying of Ahmaud Arbery, a black man who was gunned down as he was out jogging through a suburban neighborhood. 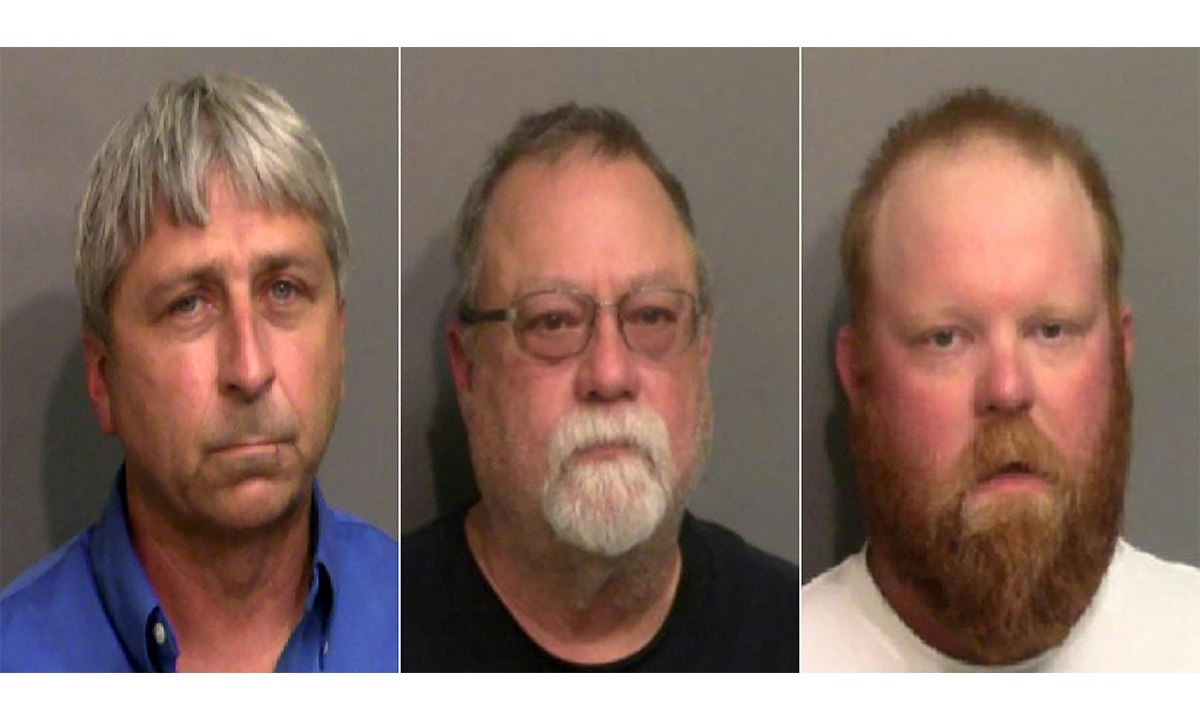 The Justice Department said that former police officer Gregory McMichael, 65, his son Travis McMichael, 35, and William "Roddie" Bryan, 51, were each charged with one count of interference with rights and with one count of attempted kidnapping. Travis and Gregory McMichael were also each charged with using firearms to carry out acts of violence in the fatal shooting of Arbery on February 23, 2020, which lawyers for his family have condemned as vigilante murder tantamount to a lynching. US President Joe Biden's administration has since his inauguration three months ago stepped up enforcement of federal civil rights laws, which activists complained were neglected during his predecessor Donald Trump's presidency.

The McMichaels and Bryan already face state criminal charges of murder, aggravated assault, false imprisonment and criminal attempt to commit a felony, though no trial date has been set.

Still, civil rights advocates accused authorities of being slow to seek justice in the case, with no arrests made for 10 weeks after the incident, and then only after video footage of the shooting emerged on social media, stoking public outrage over the killing.

The McMichaels told police on the scene that they suspected Arbery was involved in a string of neighborhood burglaries when they spotted him running through the community and said they chased him down in their pickup truck to make a citizen's arrest. The video showed Arbery jogging down a two-lane street, then being shot with a rifle.

A Georgia Bureau of Investigation agent testified in court in 2020 that Bryan recounted under questioning that he overheard Travis McMichael utter a racial slur, "f**king nigger," as Arbery lay dead on the scene.

Bryan had come forward as the man who recorded the slaying on his cell phone and turned the footage over to investigators before it went viral in May 2020. Weeks later came notorious video of George Floyd, an unarmed Black man arrested in Minneapolis on suspicion of trying to pass a bogus $20 bill, dying as he lay handcuffed with his neck pinned to the street under the knee of a white policeman.

Arbery's case, together with the high-profile killings of Floyd and other African Americans at the hands of law enforcement, helped fuel months of nationwide protests against racial injustice and police brutality in the US.

Bryan's lawyer said his client was merely a bystander and witness to the Arbery shooting. "Roddie Bryan has committed no crime. We look forward to a fair and speedy trial, and to the day Mr Bryan is released and reunited with his family."

Civil rights attorney Ben Crump, who represents Arbery's family, welcomed the filing of federal charges as "an important milestone in America's uphill march toward racial justice, and we applaud the Justice Department for treating this heinous act for what it is - a purely evil, racially motivated hate crime."