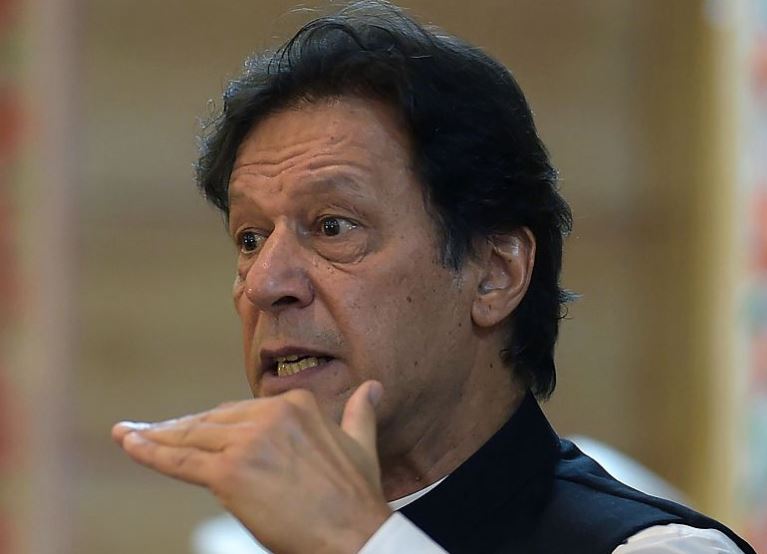 In his televised address to the nation, Khan said the whole nation and its government would go to the last extent to support the Kashmiris. He asked every Pakistani to come out every week for half an hour and on the upcoming Friday noon to express solidarity with the people of Kashmir.

He said the scrapping of Article 370, stripping Kashmir of its special status, gave a message that India was only for the Hindus. He said the world was anxiously waiting to find out the truth, once the curfew was lifted.

"We have succeeded in internationalizing the issue of Kashmir, we talked to world leaders and embassies. The UN for the first time since 1965 convened a meeting on Kashmir issue. Even international media has picked it up," Khan said referring to the UN General Security Council meeting on August 16 in which the situation in Kashmir had been discussed at an informal level.

He promised to highlight the plight of Kashmiris during his speech at the UN General Assembly session in New York on September 27.

He said the time had come for Pakistan to be decisive on the Kashmir issue.

"Pakistan's Kashmir policy is at a decisive point. So I have decided to take the nation into confidence over Kashmir issue," Khan said.

He said it was the policy of his government to have peaceful relations with other countries, including India and Afghanistan, adding that Pakistan had made attempts to open dialogue with India but had not found the same support from the other side.

"I told India we would take two steps forward if they took one. Our main issue is Kashmir. But every time we brought up dialogue with India, they diverted from the issue and levelled allegations against Pakistan."

His comments came as Indian Prime Minister Narendra Modi was meeting US President Donald Trump in Biarritz on the sidelines of the G7 meet to which India was invited as a special guest. Trump who had offered to mediate between India and Pakistan on Kashmir on Monday said Modi "really feels he has it under control."

"I have very good relationship with both the gentlemen (Modi and Khan) and I'm here. I think they can do it themselves," Trump added.

The remarks followed Modi saying: "There are many bilateral issues between India and Pakistan, and we don't want to trouble any third country. We can discuss and resolve these issues bilaterally."