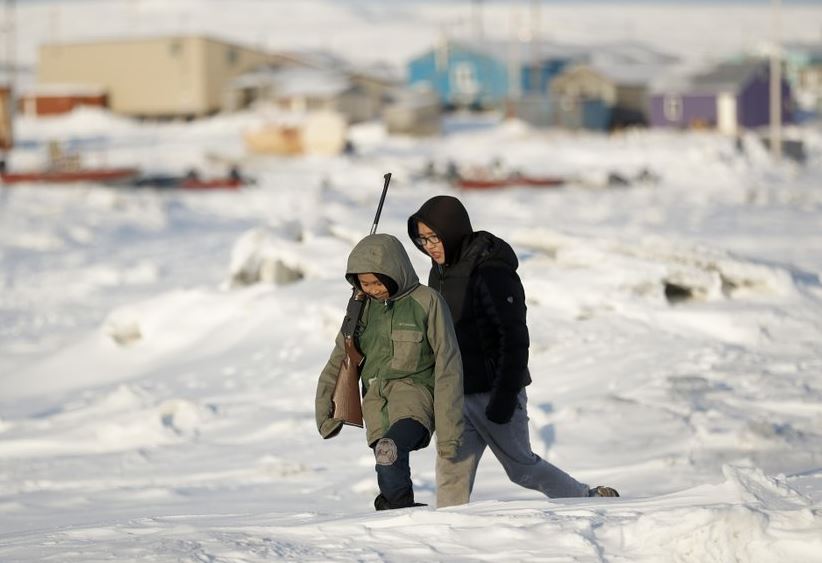 For many Americans, going to a state motor vehicle office can be a tedious time suck.

For people who live in rural Alaska’s vast patchwork of communities not connected by roads, just getting to a DMV can be a lengthy and pricey ordeal.

Motor vehicle offices across the US have experienced high demand as an Oct. 1 deadline approaches for Real IDs, special licenses many will need to board domestic flights and enter some federal facilities.

In remote parts of the country, such as rural Alaska, the new ID cards can be harder to get.

People in Toksook Bay, for instance, rely on small planes to travel to and from their island village, resident Mary Kailukiak said. The nearest DMV is in Bethel, about 115 miles (185 kilometers) away.

Congress adopted the Real ID Act as a security measure following the 9/11 terrorist attacks. Some states have opened extra offices to handle demand, extended hours, launched publicity campaigns or posted quizzes to help people assess if they need one or have another form of identification that will be accepted.

In Alaska, the head of the department that oversees the state Division of Motor Vehicles has downplayed the need for Real ID cards, citing alternatives requiring less stringent documentation, such as passports, military IDs or tribal photo IDs.

Department of Administration Commissioner Kelly Tshibaka said about 350,000 people, nearly half Alaska’s population, have passports. She didn’t know how many Alaskans have tribal IDs, but DMV Deputy Director Jenna Wamsganz, citing conversations with communities, said they appear to be prevalent.

But critics say the state has a responsibility to provide equal access to DMV services, including Real IDs, and worry in particular about Alaska Native elders who must travel for medical care and for whom English is a second language.

“We should not be providing state services in a tiered manner that provides more specialized access or opportunity for some section of Alaskans,” said Bethel Rep. Tiffany Zulkosky, who noted about 30 communities in her district lack immediate DMV access.

Real IDs won’t be needed for flights with no federal Transportation Security Administration checkpoints, like those common among small Alaska communities. But they will be needed for commercial flights, including in larger cities in Alaska or in the Lower 48. People in the state often travel to Anchorage or Seattle for medical care.

“Lives may be in danger because you are waiting for them to request services that they are unaware that they need,” said Sen. Lyman Hoffman of Bethel, angrily admonishing Tshibaka during a recent legislative hearing after she noted that under state law, someone must “clearly request” a Real ID, and the state can’t make anyone get one.

The state’s largest Native organization, the Alaska Federation of Natives, has called on the state to visit rural Native communities to provide DMV services for Real IDs. Alaska has more than 200 tribes.

The state in December touted a service that would bring DMV representatives to villages, but technological snags have raised questions about the viability of that effort. The cash-strapped state dropped a request for donations to take the service on the road, deciding to partner with interested Alaska Native corporations or communities willing to pay for visits instead.

Wamsganz said the state is communicating with more than 20 communities to see if residents widely have other forms of acceptable ID.

Alaska’s Yukon-Kuskokwim delta has more than 23,000 people in 58 communities not connected by roads, according to the Yukon-Kuskokwim Health Corp., which provides health care throughout the region.

Gathering the documents needed for a Real ID and flying to a city with a DMV can cost hundreds of dollars, which can be daunting in areas plagued with chronically high unemployment and high costs of living. Records needed to obtain a card include a birth certificate or passport and proof of a Social Security number and residence.