In just a week, wildfires burn 1 million acres in California

Firefighters in California were racing to slow the spread of wildfires that burned nearly one million acres in a week and destroyed hundreds of homes as weekend weather threatened to spark new fires and overwhelm the state's firefighting ability. 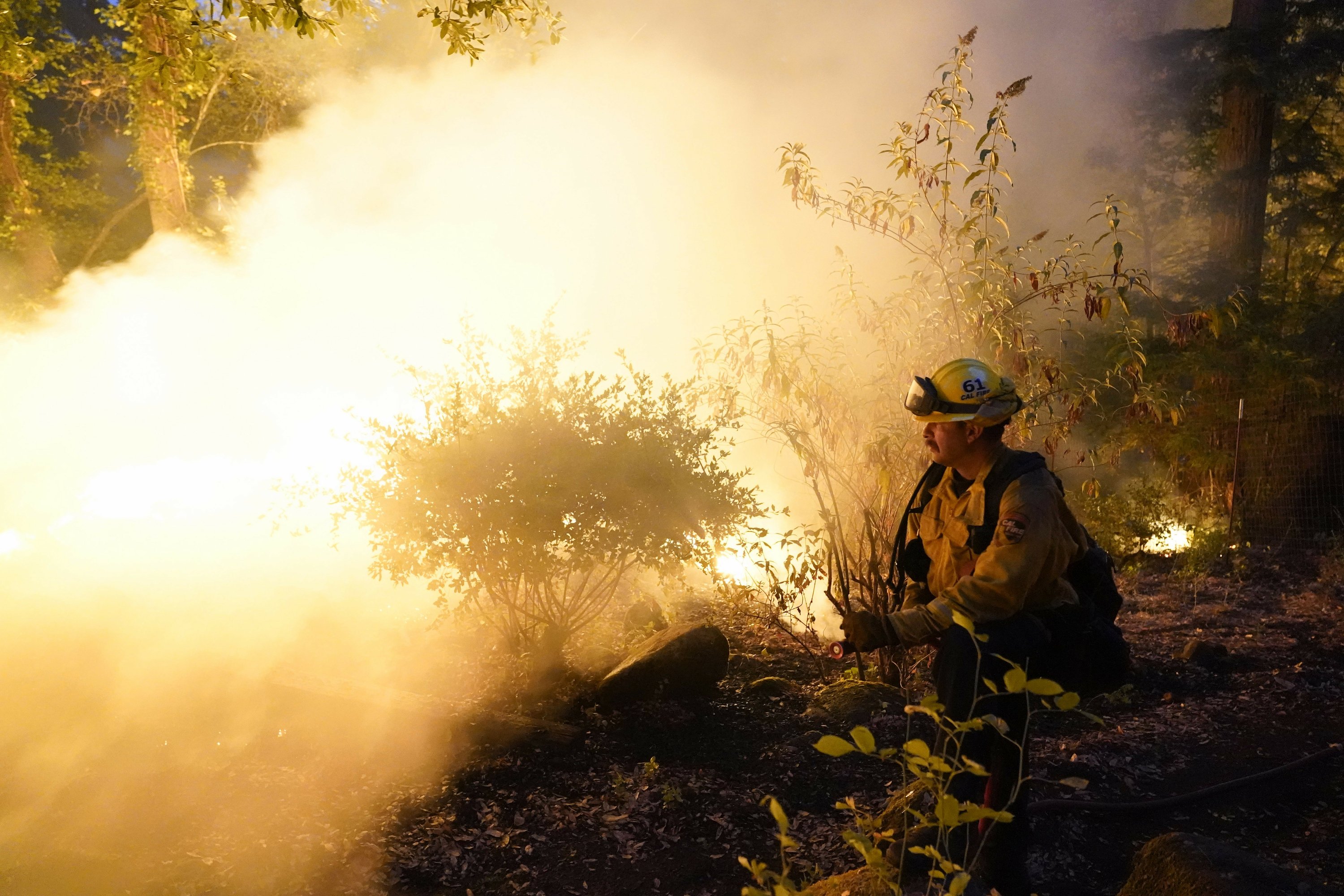 Responding to the emergency, President Donald Trump issued on Saturday a major disaster declaration to provide federal assistance. Gov. Gavin Newsom said in a statement that the declaration will also help people in counties affected by the fires with crisis counseling, housing and other social services.

Two clusters of wildfires in the San Francisco Bay Area broke old records to become the second- and third-largest wildfires in recent state history by size.

The National Weather Service issued a red flag warning of high fire danger across the Bay Area and along the Central Coast, beginning from Sunday morning to Monday afternoon.

"The worst is not behind us. We are in a battle rhythm," California Department of Forestry and Fire Protection Chief Thom Porter tweeted.

Since thousands of lightning strikes began on Aug. 15, the state responded to 585 wildfires that have burned nearly a million acres, or 1,562 square miles (4,046 square kilometers), according to CalFire.

Many were small and remote. The bulk of damage was from three clusters of fire "complexes" that were ravaging forest and rural areas in the San Francisco Bay Area and wine country north of San Francisco. They have burned 1,045 square miles (2,700 square kilometers).

The third one was burning in the Santa Cruz Mountains and along the coast of San Mateo County, south of San Francisco.

The fires have killed five people, torched nearly 700 homes and other structures and forced tens of thousands from their houses.

"Tuesday night when I went to bed I had a beautiful home on a beautiful ranch," said 81-year-old Hank Hanson of Vacaville. "By Wednesday night I have nothing but a bunch of ashes."

Earlier in the week, fire officials in charge of each of the major wildfires said they were strapped for resources. Some firefighters were working 72-hour shifts instead of the usual 24 hours.

By Friday, the approximately 13,700 firefighters on the line began to get help on the ground and in the air from 10 states, along with the National Guard and U.S. military.

Those fires were a top priority. But in a sign of how overburdened the state's firefighting agency is, fire officials said only 1,400 firefighters were assigned to battle the LNU Lightning Complex fire in wine country, which was only 15% contained.

In comparison, about 5,000 firefighters were assigned to the Mendocino Complex fire in 2018, the largest fire in recent state history.

"All of our resources remain stretched to capacity that we have not seen in recent history," said Shana Jones, the chief for CalFire's Sonoma-Lake-Napa unit.

"We are making progress, but we are not out of the woods," she said.

Underscoring the danger the fires pose for firefighters, the Sonoma County sheriff's office released dramatic video of the helicopter rescue Friday night of two firefighters trapped on a ridge line at Point Reyes National Seashore. They were hoisted to safety as flames advanced.

"Had it not been for that helicopter, those firefighters would certainly have perished," Sonoma County Sheriff Mark Essick said.

Containment for a fire that destroyed nearly 100 structures in the Santa Cruz mountains south of San Francisco grew slightly from 2% to 5%. Firefighters established a fire break aimed at protecting the evacuated University of California, Santa Cruz campus and the surrounding area.

"It's not a silver bullet. But it gives us a really good stronghold to keep the fire from moving south toward those communities," Cal Fire Battalion Chief Mark Brunton said.